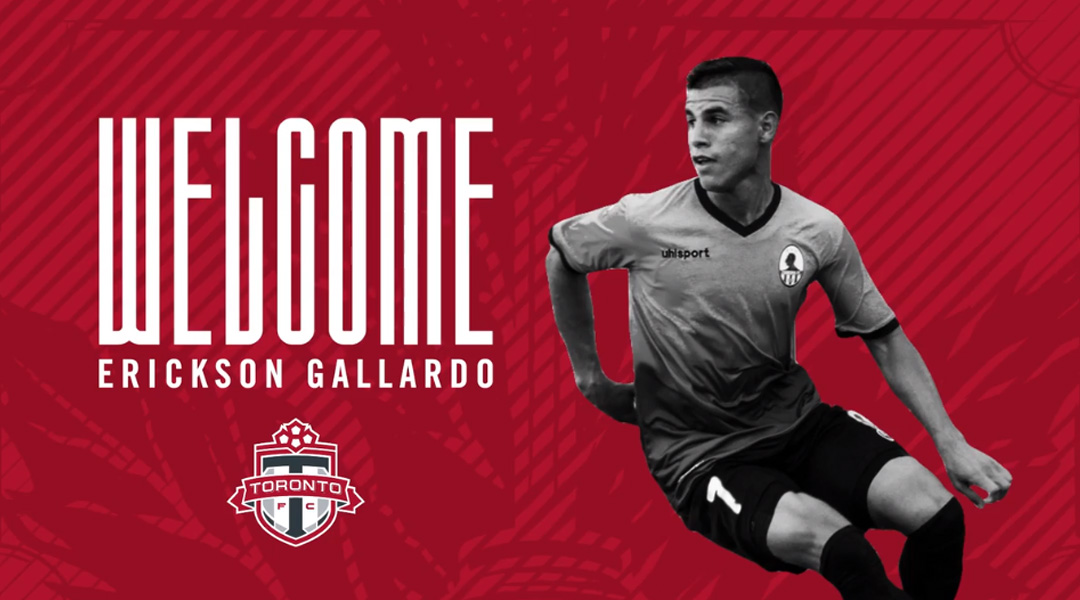 Toronto FC has finally made its promised TAM winger signing in the form of 22-year-old Venezulean player Erickson Gallardo. Pending approval of his International Transfer Certificate, he could be eligible to play against the Montreal Impact this Saturday – and what better place for a debut than the 401 Derby?

The winger comes in from Zamora FC of the Venezuelan Primera Division, where he made 116 appearances over the last four years. Since 2016, he’s contributed ten goals and 19 assists to his club, who won the championship in 2015, 2016, and 2018. Gallardo scored the winning goal in the 2018 Apertura final.

While he didn’t participate in Venezuela’s Copa America cup run, he did make his international debut last month in a 1-1 tie against Ecuador.

Erickson is a talented attacking player that will improve our team. He has good character and is excited to earn the respect of his teammates, meet our great fans, and he and his wife are looking forward to settling into the City of Toronto. He has speed, can shift directions quickly and can open up the game for himself and others. Mid-season can sometimes be challenging to step into a new team, particularly for young, international players. With that said, we’re excited to get him going because we believe he can make an impact now, and in the future.

The opening of the the Major League Soccer transfer window will also mark the arrival of Omar Gonzalez, who will help 35-year-old center-back Drew Moor organize a back line that has sprung many leaks in the current MLS season.

While Sebastian Giovinco has reportedly indicated he would like to eventually return to Toronto FC, there’s no indication that this is a remote possibility in the near future. With Jozy Altidore and Alejandro Pozuelo on multi-year designated player contracts, the club would need to drop Michael Bradley – the club captain on his final year of a hefty DP contract – into TAM player territory. It does not appear likely that this will happen.

It’ll be interesting to see how Gallardo fairs at the Toronto-based club. At 22, he will need to prove himself in a physical league where tricky wingers can easily find themselves outmuscled. For Toronto FC, the club will be hoping that he can establish a partnership with the pinpoint passes of Pozuelo, delivering balls to players like Altidore who can provide the end product.

While only time will tell if this will come to fruition, Toronto FC fans will be happy that a TAM-level winger has finally arrived to BMO Field.