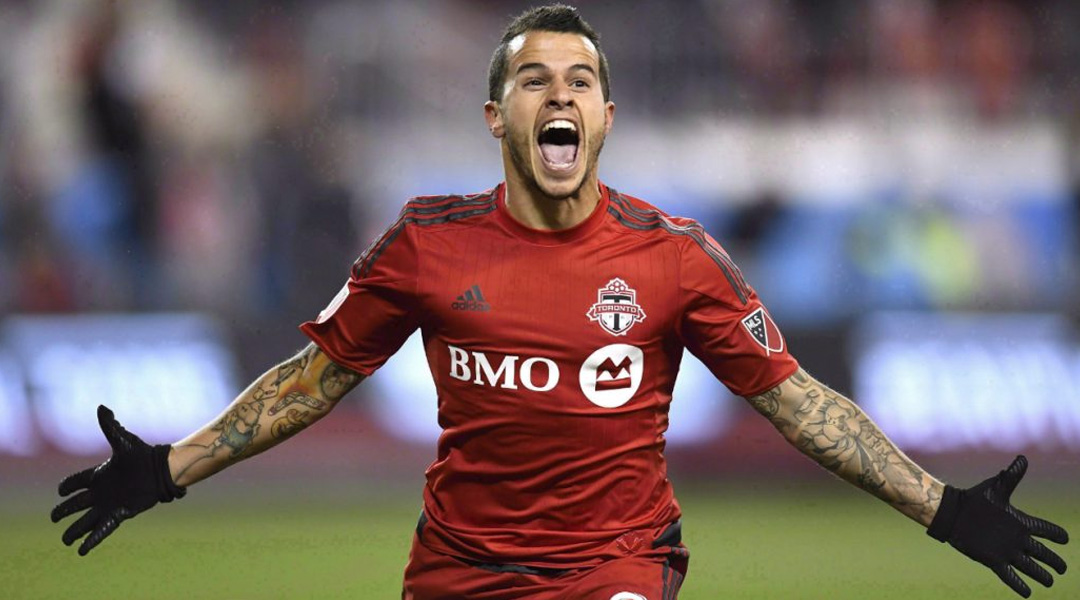 There’s no disputing that 32-year-old Italian sensation Sebastian Giovinco is a Toronto sports icon: he heralded in a new era for Toronto FC, helping lead the club to its first-ever MLS Cup (via a treble, no less) and successfully turned a struggling squad into what was then called ‘MLS 2.0’. His departure to Saudi Arabia in early 2019 was emotional, abrupt, and lacked the pomp and circumstance a player of his caliber really should have gotten. There was no goodbye montage, or any heartfelt thanks – just an official transfer announcement.

While the relationship between Toronto FC and Sebastian Giovinco appeared icy following the breakdown of his contract negotiations – of which both sides released contradictory statements – things appear to be much warmer now that the summer months have hit. Giovinco was given a royal welcome back at BMO Field when he attended a match, and the 32-year-old has spent the last several weeks back in Toronto, taking in Raptors games and attending the celebratory NBA Championship Parade, no doubt courtesy of MLSE.

On Instagram, he referred to Toronto as home, implying that he may still be living in Toronto for the offseason.

This week, Joey Scoleri – a radio personality frequent in the Toronto scene – reported that some reputable Italian sources of his have confirmed Sebastian Giovinco is open to a Toronto return:

As much as that rumour is sure to delight Toronto FC fans, if a near-future return were to happen it wouldn’t come without its own difficulties.

The club already has three designated players, with two of them (Jozy Altidore and Alejandro Pozuelo) on multi-year contracts. Team Captain Michael Bradley’s contract expires at the end of this season, but despite rumours of interest from Mexico, it’s hard to imagine Toronto FC trading away its own captain. Then again, it does have a history of doing so: the club has transferred captains Dwayne de Rosario, Maicon Santos, and Darren O’Dea in the past.

Still, it goes without saying that Michael Bradley’s contract will need to change if he is to stay with the reds. At a gauranteed compensation of nearly 6.5 million USD, he’s the third-most highest-paid player in Major League Soccer. Toronto FC’s contract problems with Giovinco stemmed from the club not wanting to overpay for a player entering the wrong side of his 30s, so a 31-year-old Michael Bradley introduces yet another contract conundrum.

In any event, with Giovinco having been one of the league’s highest players during his time with TFC, there’s almost no scenario where he can return to Toronto FC in the near-future without Michael Bradley or another designated player making way. While Zlatan Ibrahimovic took a massive paycut to sign as a TAM player for the LA Galaxy before signing on as a DP a year later, it’s doubtful that Giovinco could do the same.

The length of Sebastian Giovinco’s contract with Al-Hilal isn’t a known quantity, but it’s believed that his transfer from Toronto FC cost the club some two-to-three million dollars. It’s almost a near-certainty that Giovinco would need to be a free agent for a return to take place.

For now, this is all just speculation based on a rumour. It’s probable that Toronto FC fans will always hope for a Sebastian Giovinco return, but for now there’s little concrete evidence that such a move is on the cards – though it does appear that Giovinco still harbours plenty of love for the city.