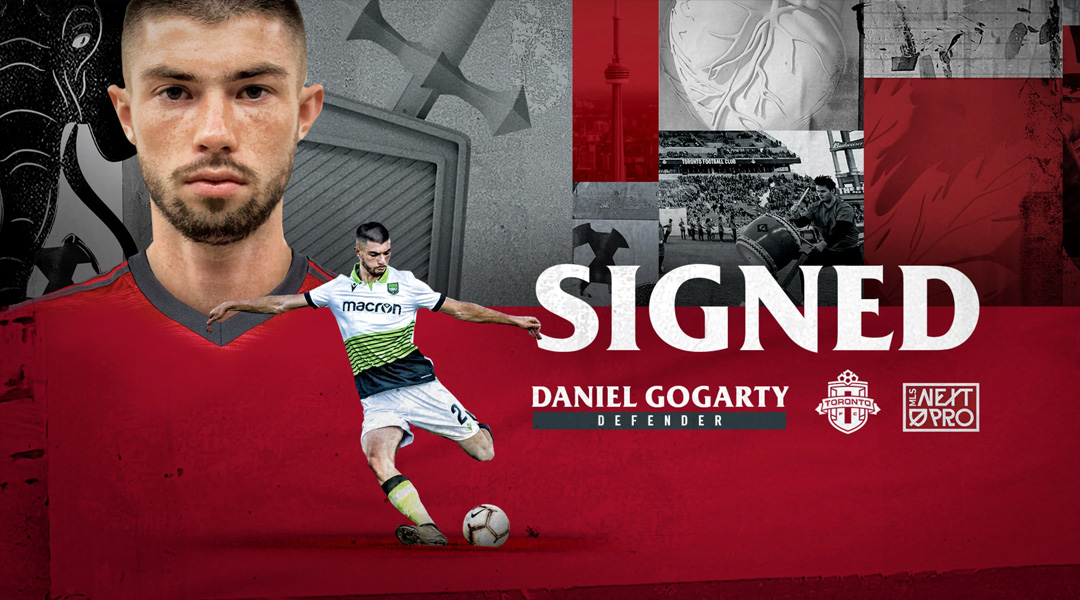 Former York United defender Daniel Gogarty will be returning to York Lions Stadium, but it won’t be for the Nine Stripes.

The 25-year-old defender has inked a short-term deal with MLS NEXT Pro side Toronto FC II, pending league and federation approval.

Gogarty was part of the original York9 FC (now York United) squad in 2019, making 24 appearances for the Nine Stripes across the inaugural CPL campaign – the most out of any players departing that offseason.

He had arrived to the club by way of the first-ever CPL-U SPORTS Draft, having made 68 appearances for the York Lions overall. His time in U SPORTS saw him win two national championships in 2014 and 2015, along with four OUA conference championships in 2014, 2015, 2017, and 2018.

The six-foot-two defender decided to step away from football following the inaugural CPL season. With a business degree in hand, he pursued opportunities in the fashion industry. His short-term deal with Toronto FC II marks an unexpected return to the professional game.

The Scarborough-born defender becomes the fourth Toronto FC II athlete to have spent time in the Canadian Premier League: Julian Atolbelli rejoined the side after a quiet stint with York United, while former Halifax and Forge men Stefan Karajovanovic and Kelida Cela both inked deals with the side last month.

Other CPL talent like Mohamed Farsi and Kwame Awuah have also landed in MLS NEXT Pro this year.

The length of Gogarty’s short-term deal with the Toronto FC II was not disclosed.