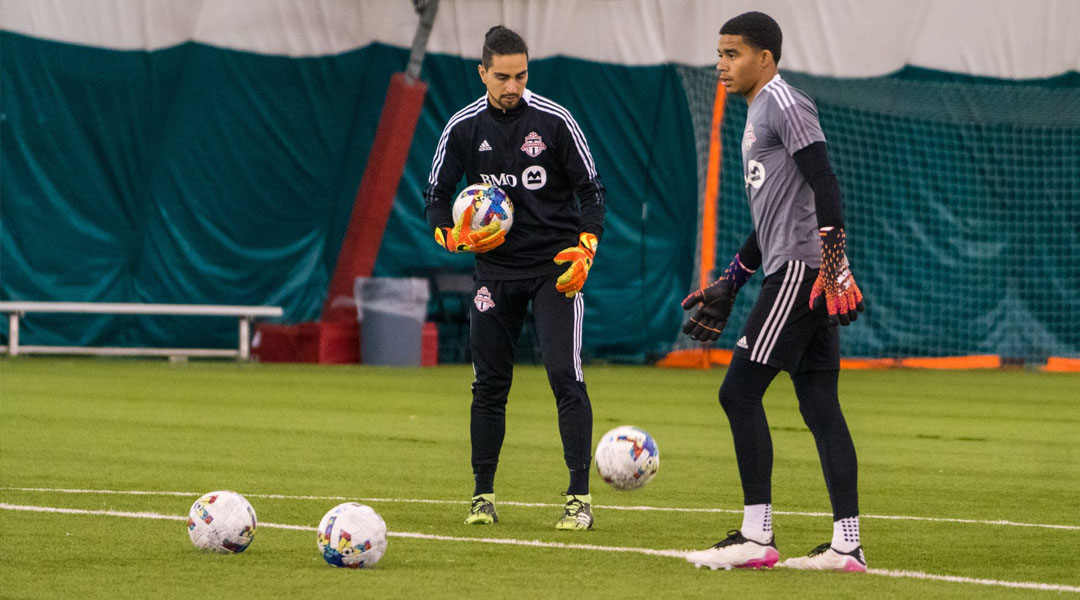 Former Club Xelaju MC goalkeeper David Monsalve has announced that he is next career steps as the goalkeeper coach for MLS NEXT Pro side Toronto FC II.

The move comes after the 33-year-old had last played for Guatemalan side Club Xelaju MC following a brief stint with Forge FC.

He had also been set to assist the women’s team with League1 Ontario side Simcoe County Rovers, but will take his next steps back with the club that gave him his first professional minutes instead.

“I am excited to announce that after fifteen seasons as a professional soccer player, I’ve decided to make the transition from player to coach,” said Monsalve on social media. “As of earlier this year I’ve been presented with a fantastic opportunity to start the journey with the same club that gave me my start as a player. I’m extremely grateful to say I am now the goalkeeper coach for Toronto FC II of the MLS NEXT Pro.”

The one-time Canadian international will now be assisting Gianni Cimini with the Young Reds, who have already recruited several youngsters which include SuperDraft picks Luka Gavran and Reshaun Walkes.

Toronto FC II will begin its campaign on April 3 against FC Cincinnati, with a 24-match season set to conclude with an away trip to Orlando City B in mid-September. The club bested York United in a 3-0 preseason friendly last week, and recently loaned goalkeeper Andreas Vaikla to FC Edmonton.

Monsalve got his playing career started by signing with Toronto FC in 2007, though he only recorded one appearance with the then-brand-new expansion side. The well-traveled goalkeeper also spent time in Finland with Inter Terku and AC Oulu, Colombia with America de Cali, Guatemala with CD Suchitepequez and Club Xelaju MC, Sweden with Husqvarna FF, and had three stints in Canada with an NASL-era FC Edmonton, Ottawa Fury, and Forge FC.

The 33-year-old made one appearance for the Canadian national team in 2010, playing against Jamaica in a friendly match. He was due to be called up for Les Rouges in 2015, but declined the call due to an injury crisis in his club at the time, America de Cali.

His professional playing career now comes to a close after some 143 appearances, but it also sees him return to where it got its start.

“Thank you to all my past teammates, coaches, and my family who’ve all been an integral part of my development. They will continue to be the people I lean on throughout my journey, as I continue to learn and grow in my new position,” he concluded.

He won’t be the only MLS NEXT Pro addition with connections to the CPL, with both Kwame Awuah and Mohamed Farsi arriving to the league after impressing in the domestic league.