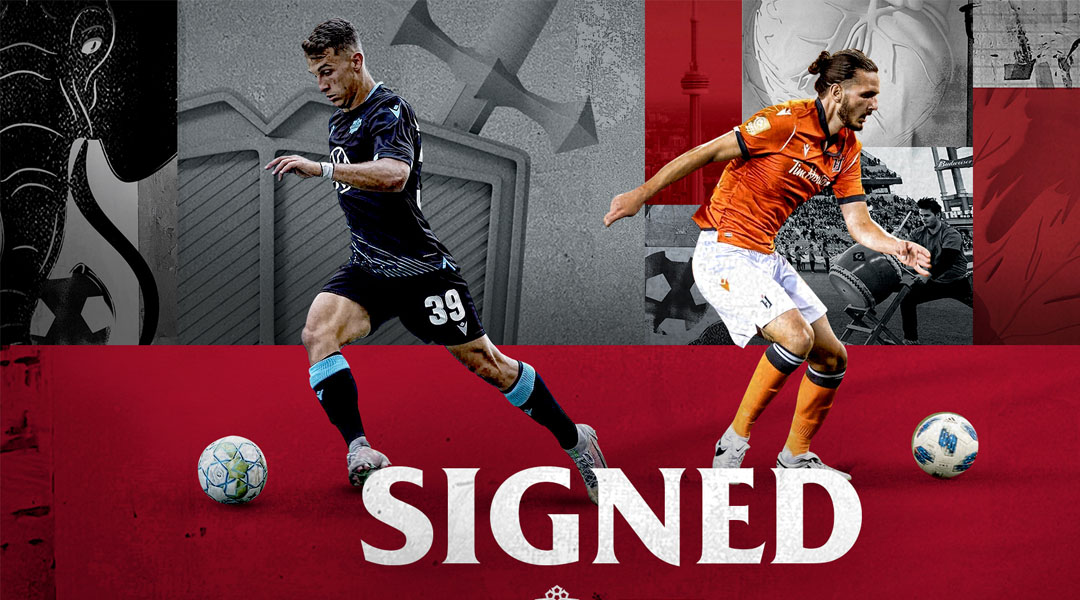 Stefan arrives following a head-turning rookie season with the Halifax Wanderers, whilst Klaidi returns to Toronto FC II after spending the last few seasons as a Forge FC original.

“Stefan is a technical player that generates a lot of scoring opportunities for himself and others from wide areas,” said Toronto FC II head Coach Gianni Cimini. “He is aggressive in his mentality to attack the goal and this is something that we look for from players in this position. Klaidi will add experience to our back line and will bring leadership and an ability to protect our box with both aerial and ground duels.”

The 22-year-old Karajovanovic had a stellar rookie season in the CPL with the Wanderers, who had selected him in the 2021 CPL-U SPORTS Draft. The Gatineau-born forward bagged one goal and two assists through 28 appearances out east, but it’s fair to say his chances created set the expectation for a much higher ceiling.

Before inking his first professional deal, Karajovanovic had trialed with York United after being selected in the draft the year prior. He’d also developed with Ottawa South United, AS Blainville, FC Gatineau, and the Ottawa Fury Academy, whilst having been absolutely prolific with the Carleton Ravens, where he bagged 35 goals in just 37 games.

Cela is quite familiar with the Toronto FC, having previously played for Toronto FC III before making his debut for Toront oFC II in the 2015 USL Championship. The 22-year-old also spent time with both Sigma FC and GD Gafanha of Campeonato de Portugal, but most recently played for Forge FC throughout the previous three seasons.

The centre-back made 18 appearances for the hammer throughout the last three years, signing a short-term deal with the side midway through last season after dipping his toes into action following a season-ending knee injury in 2020.

He won’t be the only person at Toronto FC II with ties to Forge FC, with goalkeeper David Monsalve recently being named as the side’s goalkeeper coach. The side begins competitive action on April 3.