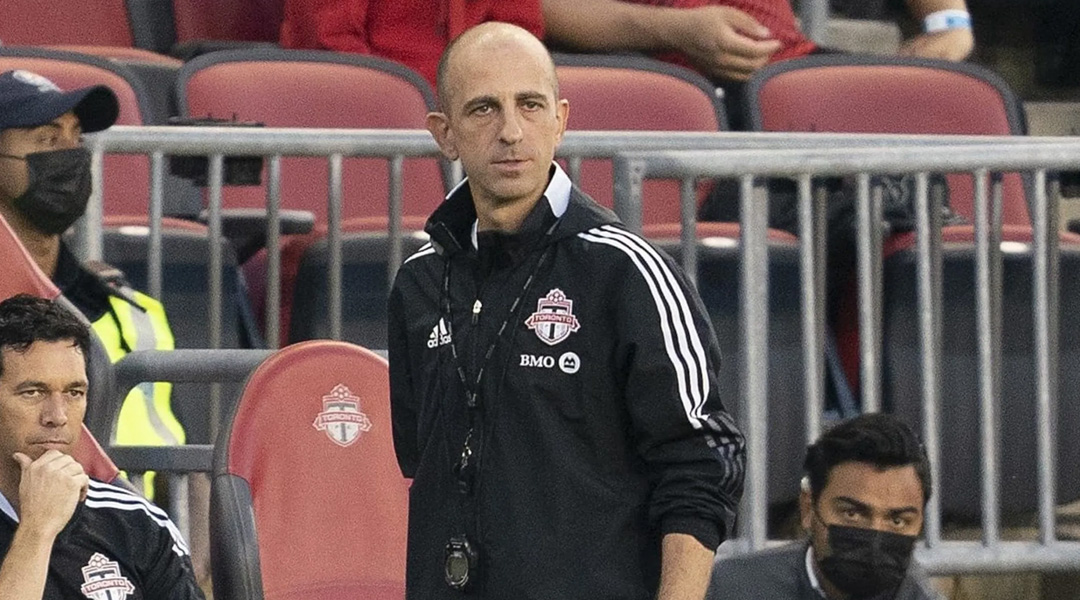 Toronto FC secured passage to its sixth consecutive Canadian Championship Final following a 2-1 win over Pacific FC last night, with goals from Jozy Altidore and Jacob Shaffelburg allowing the side to surmount a late Pacific comeback that saw Alejandro Diaz pull one back near the end.

The scoreline perhaps flattered the visiting side, with Toronto FC having enjoyed the better of opportunities, many of which came through a dominance of the left flank. Still, TFC head coach Javier Perez was left impressed by what Pacific put out on the pitch last night, describing the CPL side as a relentless force.

They don’t give up. I think any other side would probably go down mentally in the second half, but they didn’t. We knew coming into the game that they wouldn’t give up and that they were going to play till the last minute, and that was in the script, so I’m glad we didn’t shut down mentality. We were able to get the job done.

The match marked the second time Toronto FC has put down CPL opposition in the cup this year, with the MLS side enjoying a more comfortable night against York United in September. The first-ever cup meeting between those sides saw TFC dominate, while tonight saw Pacific draw a few worrying moments from the home side as they stayed true to an attacking philosophy instilled by head coach Pa-Modou Kah.

Indeed, Liga MX veteran Alejandro Diaz had a half-chance of a late equalizer, but it wasn’t meant to be for the visitors. Perez was impressed by what he saw, especially in the second half.

I like the fact that it’s a team that likes to play football, with high pressure and a well-balanced squad where if one player goes out the next comes in and puts in energy. It’s a big compliment for this team that they made it to the semi-finals and came all the way here and completed a good game against us.

Kah had previously talked about his next man up philosophy, and that was put into practice when the club was forced to replace club talisman Marco Bustos at half-time, with young full-back Kunle Dada-Luke stepping on to replace him.

As a former TFC II athlete, the occasion wasn’t lost on the 21-year-old in the midst of a career restart. He wasn’t afraid on the ball, driving up on the wing against national team stalwart Richie Laryea.

Hungry too was Manny Aparicio, who had progressed through the TFC Academy to sign a first team contract back in 2013. He had scored a rocket in a 4-3 win against the Whitecaps not long ago, and nearly replicated the feat last night, though goalkeeper Quentin Westberg was able to tip it over the bar.

I think for them, obviously, it was a special game and you could tell every time that they touched the ball they were ‘on’. I am very happy that this league is stronger and stronger every year, it’s a very young league, but it’s a league that gives Canadians a second opportunity to players who cannot make it into MLS right away.

In comments that seemed a stark contrast to Bill Manning’s early thoughts on the CPL, Perez was complimentary of the domestic league’s competitive role in the Canadian soccer ecosystem, stating that the cup now reflects this progress. He also believes that the league can only help develop domestic players, and this will only prove a benefit the national team (and, presumably, MLS sides) in the long run.

TFC’s Jacob Shaffelburg was also keen on the domestic league, though he’s proven deadly against it on the pitch: he’s now put in three assists and one goal from two MLS-vs-CPL matches this year. After delivering a man-of-the-match performance against Pacific, he offered his thoughts on seeing a league blossom in his own backyard.

It means a lot, especially since I have a club back home now, the Halifax Wanderers. Seeing all these clubs come up in Canada that are doing really well, it means a lot. When I grew up we didn’t have any of those clubs, so to see them doing well and compete against the big teams in MLS, it’s a really cool thing. It’s good for Canada to have this league.

The growing league drastically transformed the Canadian Championship, which has more than doubled in size since the 2018 edition. While Toronto FC has yet to play an away match against CPL opposition, it’s something some of the players are hungry for after years of cup matches held nearly exclusively in BC Place, BMO Field, or Stade Saputo.

Perez would also echo that he was very impressed with the CPL, and was very happy with how it was developing. He’ll also be watching the competition more closely, he says, suggesting that it’s not just the Whitecaps who have eyes on CPL athletes. With Kah adamant that members of his team like Lukas MacNaughton, Kadin Chung, and Marco Bustos are ready for such, perhaps that should come as no surprise.

For now, however, Perez has all eyes forward to the upcoming Canadian Championship Final, which will see his side face a familiar foe in CF Montreal.

In a very challenging season like this one, to have the opportunity to play in a final and fight for silverware is all you can ask for. We are very happy and are delighted with the position in the final, and we are looking forward to playing Montreal.

The MLS side from La Belle Province were the most recent to hoist the Voyageurs Cup after surpassing TFC on penalties at BMO Field in 2019, while a much-belated 2020 Canadian Championship Final between Forge and Toronto FC may delayed as far as July 2022. That means it could come later than a potential matchup between the two sides in the Champions League, should TFC qualify.

The date and location of Toronto FC’s Canadian Championship Final against CF Montreal has yet to be determined by Canada Soccer.

Omar Browne Gets Panama Call Up