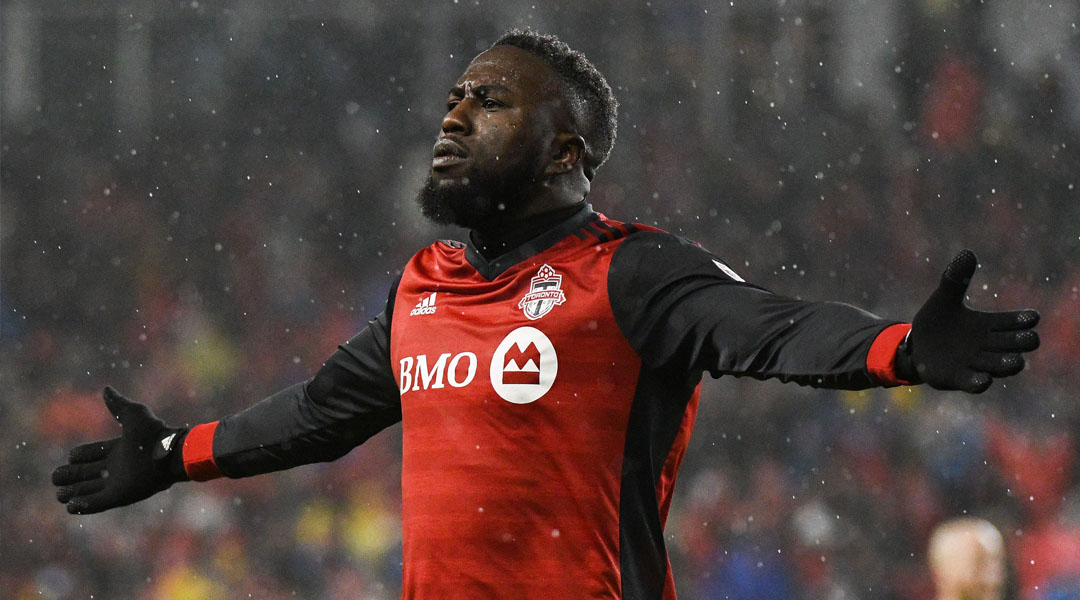 Jozy Altidore has said his long-expected goodbye to Toronto.

The 32-year-old striker posted a farewell message on social media this morning, and it was one paintedwith a warm tone:

“Thank you Toronto and all the fans for a wonderful seven years,” said Altidore, “to all the staff and my teammates throughout this time, thank you! Toronto will always be home. Thank you MLSE, and Larry and Judy Tanenbaum for all of your support over the years. See you soon, and all the very best in the future.”

The Toronto FC icon has been an expected departure for months, with the reds presently having three designated players on the books through Alejandro Pozuelo, Carlos Salcedo, and summertime addition Lorenzo Insigne.

His exit had been announced by Fabrizio Romano in November, with more recent reports linking the veteran striker to a move to the New England Revolution. He’s expected to sign on a three-year TAM deal, with TFC boss Bob Bradley saying an official announcement will come shortly.

When all is said and done, his time in Toronto will be remembered with a treble-winning season and a lot of good memories.

Altidore departs as a significant piece of TFC history: he’s contributed 79 goals in 173 appearances for TFC, scoring the go-ahead goal during the club’s first-ever MLS Championship win over the Seattle Sounders in 2017.

His last season with Toronto FC saw the striker collect just 967 minutes of action in nineteen appearances, with former head coach Chris Armas having dropped him from the team following an icy disagreement between the two.

Altidore returned under the helm of Javier Perez, but then found himself sidelined by a foot injury for two months – far from the first time injuries have kept the designated player sidelined for significant amounts of time. Still, his eventual return was highlighted by a last-gasp goal that ultimately proved to keep CF Montreal out of the playoffs, and a go-ahead goal against Pacific FC in the Canadian Championship semi-final.

Altidore has been negotiating a contract buy-out for the last several months, with his now-finished contract with Toronto originally having been set to run through the 2022 MLS season. This appears to have now been wrapped up, though the full details are yet to come.

Whatever happens next, the veteran striker enjoyed quite a long period of resurgence with Toronto FC after some tough spells with Sunderland and AZ Alkmaar. There’s no question: he departs a club legend.