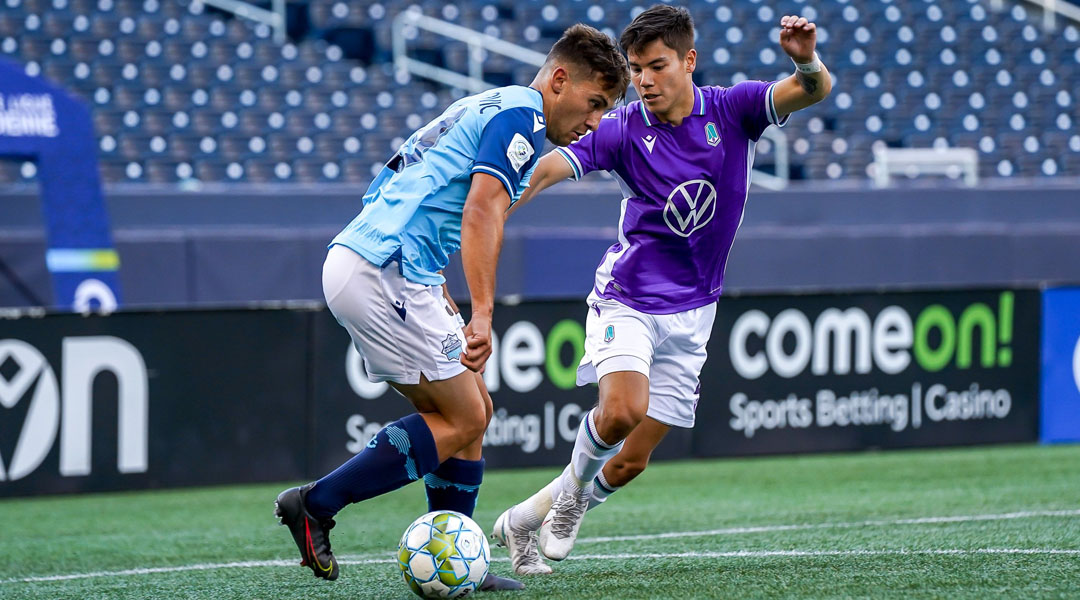 The 23-year-old was confirmed to training with the MLS side in a preseason roster update.

Kadin has established himself as a league-leading right-back during the past three seasons with Pacific FC, where he earned a North Star Shield last year. The former Whitecaps FC II product has made 63 appearances for the Tridents over the last three seasons, providing a crucial link in the club’s fluid counter-attacking identity.

Former Pacific FC head coach Pa-Modou Kah has long-said that the youngster was knocking on the doorstep of the national team, with the right-back leading Pacific in tackles won and interceptions last season. While he’s proven to be solid at the back, he also plays a big role in delivering the ball up the right flank and has formed a strong connection with star midfielder Marco Bustos.

Chung’s first steps into professional soccer saw him join the Whitecaps Residency program in 2011, with the youngster turning professional in 2015 through USL affiliate Whitecaps FC II. He established himself as a starter at the USL level the following year, and would remain with the side until a move to FC Kaiserslautern in 2018.

He was announced as the first-ever Pacific FC signing near the end of that year, and has proven to be a crucial cog with the west coast side ever since. He’s also earned one cap for the Canada U-23 side, though – as Kah says – he’s close to the doorstep for a senior appearance. A move upwards to MLS heights would certainly help those chances.

The Major League Soccer side recently signed Lukas MacNaughton to a multi-year deal from the CPL side, with head coach Bob Bradley evidently willing to give talent from the domestic league a fair go. With Kwame Awuah trialing with Pacific FC, this could be a big offseason for CPL-to-MLS movement.

With Richie Laryea having completed a transfer to Nottingham Forest, the club is in need for further defensive depth on the flank. If Chung can make the spot his own, Toronto FC will have a like-minded attacking full-back with his best years ahead of him.

The Toronto FC preseason camp update also includes Sebastian Giovinco, who has been quite public about his desire to return to the club. Jozy Altidore is absent from the list.

If Kadin does earn a contract with TFC, Pacific might be set for a difficult title defense with a number of core players outbound: Alessandro Hojabrpour, Terran Campbell, and Ollie Bassett have all completed intra-league moves, with Victor Blasco – among others – also having departed. Head coach Pa-Modou Kah has also accepted a role with North Texas SC.