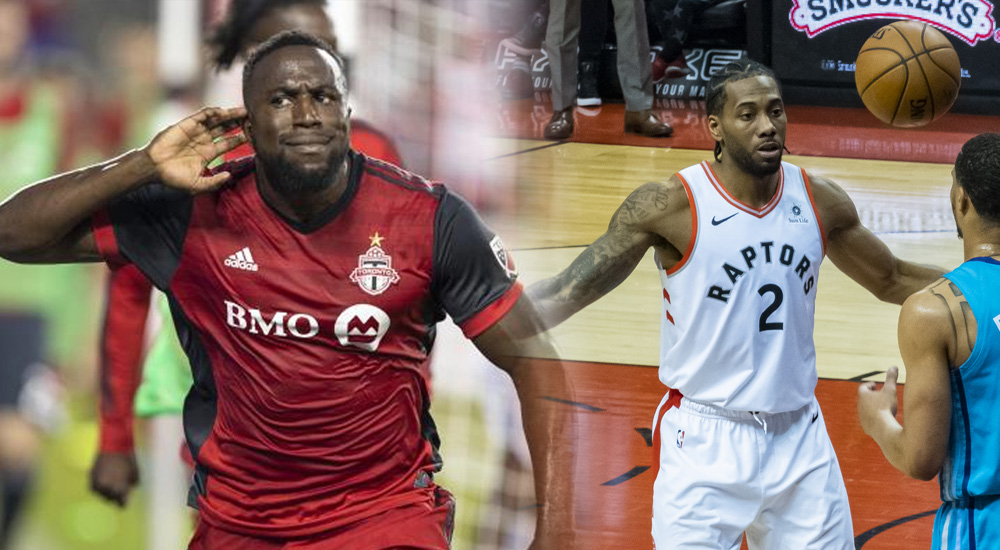 With Toronto FC picking up four points from its last two games, the Reds were evidently feeling a little bold ahead of their away game with the Los Angeles Galaxy. As the match kicked off, Toronto FC posted a tongue-in-cheek bet on Twitter: the winner gets Kawhi.

The spotlight of the NBA world has been firmly fixed on Kawhi Leonard, who just came off a season where he led the Toronto Raptors to a franchise-first NBA Finals win. With the Toronto Raptors, LA Lakers, and the LA Clippers all trying to secure the superstar’s signature for the next season, he’s been a regular headline maker for a media world that, quite simply, doesn’t have an off-switch.

Since both TFC and the Raptors are owned by the MLSE, Toronto FC chiming in on the matter doesn’t come as a surprise. Still, the team was certainly left with proverbial egg on its face after Zlatan Ibrahimovic (who else?) led the LA Galaxy to a 2-0 home win over TFC.

Canadian fans will be hoping that the tongue-in-cheek bet doesn’t happen to foreshadow anything.

It’s not uncommon for sports teams to make jokes or bets on Twitter here and there, even if those jokes doesn’t necessarily pertain to the same sport. The tweet was met with a mixed reaction online, because if there’s one thing us Canadians are not evidently cool about, it’s losing superstars. When Sebastian Giovinco left Toronto FC in early 2019, the decision was met with lots of vitriol from the fanbase – although the relationship between Seba and the club has since been fixed.


Toronto FC has been playing without designated players Jozy Altidore and Michael Bradley due to the US National Team’s progression to the Gold Cup Final. While Jonathan Osorio returned to the lineup following Canada’s shock loss to Haiti in the same tournament, he was unable to make the difference tonight.