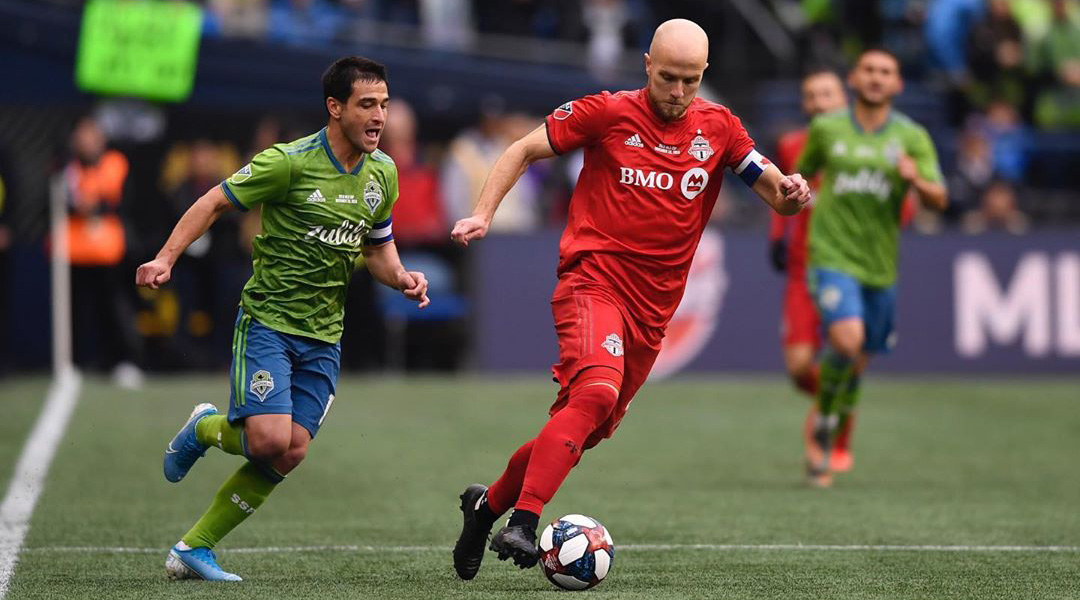 Toronto FC came close to winning its second-ever MLS Cup through its third final against Seattle Sounders in four years, but fell short in a 3-1 loss at CenturyLink Field.

When the team had struggled in the early portion of its MLS campaign after the departures of Sebastian Giovinco, Victor Vazquez, and Gregory van der Weil, few would have guessed that the club would have even made playoffs to begin with – much less make it to the MLS Cup Final once again.


The high profile additions of Alejandro Pozuelo, Omar Gonzalez, and Nicolas Benezet combined with some high-performing lower profile editions like Nick DeLeon, Quentin Westberg, and Richie Laryea to see Toronto FC finish fourth in the east. The club would then trounce the likes of DC United, NYCFC, and previous champion Atlanta United on its way to face Seattle in the 2019 MLS Cup Final.

The first half of tonight’s final saw a high intensity, back-and-forth game that would see both sides snatch at half chances. As has happened several times throughout Toronto FC’s playoff run this season, goalkeeper Quentin Westberg came up big to deny a close-range Ruidiaz chance just before half-time.

The second half would see Seattle score its first-ever MLS Cup goal against the run of play, though it came off the boot of a Toronto FC player: a low cross from Kelvin Leerdam deflected off the leg of Justin Morrow to deflect beyond Westberg into the back of the net, sending the home crowd into raptures.

The goal would officially be credited to Leerdam, as opposed to a Morrow own goal.


Morrow – who had hit the crossbar in Toronto FC’s penalty shootout loss to Seattle in 2016 – has been with the club since 2014, once recording a hat trick against the New York Red Bulls. His fortunes were not so high today.

Needing a goal, head coach Greg Vanney brought on striker Jozy Altidore in the 67th minute, marking the designated player’s first playoff appearance following an end-of-season injury that had kept him out of the lineup.

In the 76th minute, however, it was Seattle celebrating yet again: a great buildup from Seattle saw Victor Rodriguez fire home a magnificent low shot to bring Seattle up 2-0 over Toronto FC.

With TFC pushing for a goal in the game’s dying minutes, Ruidiaz found himself on a one-on-one with Christ Mavinga, breaking free and scoring on the counter to bring the lead up to 3-0.

Just before the final whistle, Toronto FC striker Jozy Altidore scored a big game goal yet again, finishing a header as TFC continued to press, but it was too little too late for the travelling reds. The Sounders would see out the match to record the club’s second-ever MLS Cup victory, taking the historic victory in a rubber match against Toronto FC.


The game would have marked head coach Greg Vanney’s one hundredth win with the club. First arriving in 2014 amid a revolving-door of coaches, he helped instill a new era that saw Toronto FC go from perennial underperformers to a treble-winning side in 2017.

The gut-wrenching loss for Toronto FC means also means that club captain Michael Bradley will not see an automatic one year contract renewal. With Bradley currently on a six-and-a-half million dollar per year designated player deal, it’s expected that the club will be keen to negotiate its captain’s contract to a much lower number if the 32-year-old will remain on the roster – though the captain did say he was unwavering in his desire to stay with the club.

Whatever comes next for Toronto FC, the club has had a season filled with steep lows, but plenty of highs as well. Few would have expected the reds to pull together and reach the MLS Cup Final after the club’s early-season struggles.


Having lost out in the 2019 Voyageurs Cup Final against the Montreal Impact, however, Toronto FC won’t have the likes of the CONCACAF Champions League to detract from its focus on league performance next year.

For now, Greg Vanney will have to take a look at what changes could potentially have helped Toronto FC cross the finish line it came ever-so-close to completing this year. The Raptors, as it turns out, will be the only team to have a victory parade on the Toronto streets this year.