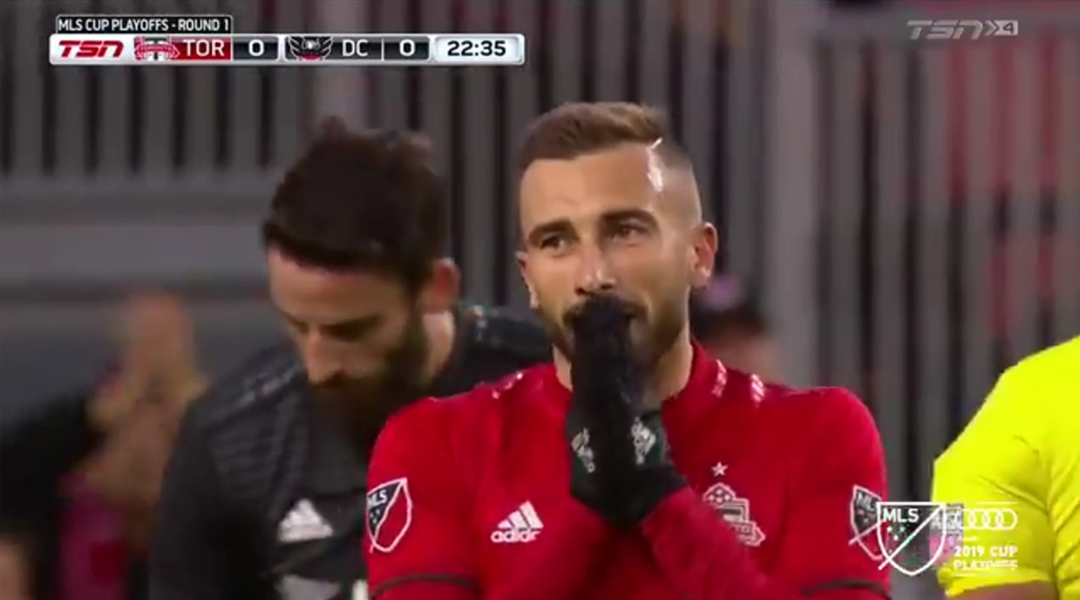 On the surface, Nicolas Benezet looked like a shoe-in for Toronto FC to purchase given his performances for the reds during his loan from EA Guingamp: after arriving in Toronto following his parent club’s relegation from Ligue 1, the 28-year-old midfielder scored three goals in thirteen appearances for TFC, helping the reds reach the MLS Cup Final for the third-ever time in the process.

His last goal for Toronto FC would be a solo game-tying effort against Atlanta United during that unlikely playoff run. Down a goal after just four minutes and with their defense being routinely split apart by Josef Martinez and company, Benezet fired in a beautiful shot ten minutes later that upset the tone of the game entirely. By the final whistle, a Nick DeLeon wonder goal and a heroic penalty save from Quintin Westberg saw Toronto FC become the eastern conference champions. With the turnaround helped along by Benezet’s goal against the run of play, It was the kind of moment that can turn into the stuff of legend.

Instead, two months later, a now France-based Benezet claims that Toronto FC general manager Ali Curtis had misled the midfielder with promises of a permanent TAM-based contract that never came to fruition.

Benezet’s loan had a clause that would trigger TFC to purchase the midfielder if he made six starts in the regular season. Benezet made five, and he says TFC general manager Ali Curtis then made sure that he didn’t start in the regular season for a sixth time. His loan with Toronto FC ultimately came and went without any clauses triggered, despite the quality of his performances.

I had this obsession with the six games, I couldn’t sleep with it anymore. On the eve of the possible sixth game as a starting player, Curtis and Meary [Benezet’s agent] again told me not to worry. And then at the last practice, I saw that I was going to be a substitute.

After accumulating five starts, there were three games left in the regular season. Benezet didn’t feature in a 1-1 tie with LAFC, rode the bench in a 2-2 draw against the Chicago Fire, and came on early in the second half to close out the regular season in a home win against the Columbus Crew, knowing that his future could no longer be triggered by clauses in the contract.


With the regular season now concluded, Benezet played in all four of Toronto FC’s playoff games, each of them as a starter. Having helped the team to the final, Benezet returned to France following Toronto’s loss to Seattle without a contract in hand.

The truth is that the GM didn’t want me to play because he didn’t want me to pay for the transfer to Guingamp. I was blown away. My girlfriend had been laid off for six months, we were looking for an apartment, everything was set up to be fine. Everything fell apart because of those two people. Guingamp and I got screwed.

Of course, the obvious answer as to why things changed would be the club’s retention of Michael Bradley, who took a significant pay cut in order to re-sign with the club he’s called home for the last six years. The TFC Captain found himself re-signed as a TAM player, and that didn’t leave room in the budget for Benezet, whom TFC weren’t willing to splash designated player cash on.

Whatever the rational, Benezet is claiming that Toronto FC hadn’t kept up its end of the bargain, with the 28-year-old midfielder now having left Canada. His contract still lies with EA Guingamp, who are presently in eighth place in France’s second division. Benezet – still technically on loan with TFC until the new year – hasn’t suited up for them following his return.


Benezet’s public lambasting of Toronto FC could prove a deterrent for similar ‘option to buy’ loans in the future, though it wouldn’t be the first time TFC has had players come and go without offers: last season, Argentinian forward Lucas Janson also wasn’t picked up following his loan, though his departure went without the same metric of drama.

Despite the unfortunate circumstances of his departure, Benezet still wished Toronto FC fans all the best moving forward. The 28-year-old midfielder is expected to move on from EA Guingamp come 2020, though it’s not known where he’ll land – though it definitely won’t be Toronto.