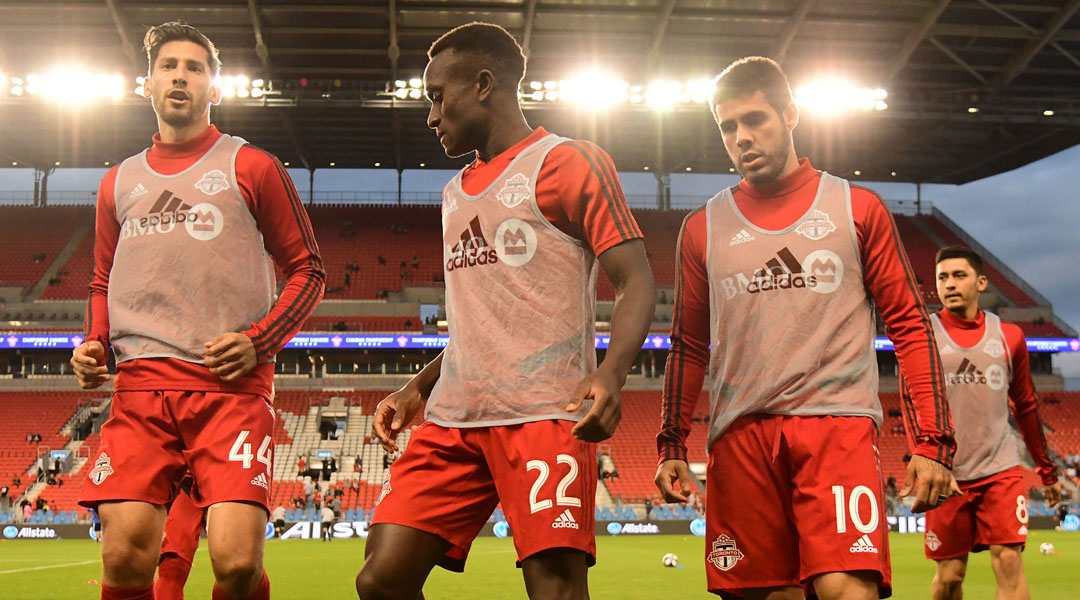 Canadian Major League Soccer side Toronto FC will be allowed to resume training on February 17, with the early return having been scheduled with a belated Voyageurs Cup Final in mind.

The news of the club’s early resumption of training came this morning via an official MLS announcement, stating that Toronto’s return to its Downsview Park training facility was scheduled to allow the side prepare for an as-yet-unscheduled Voyageurs Cup bout against Canadian Premier League side Forge FC.

The general MLS preseason start date listed before this was for February 22, with Toronto FC now allowed to begin its camp five days early – suggesting that it’s about to be crunch time before a match with Champions League qualification on the line.

TFC squad members already in the country must undergo a seven day quarantine period and complete the required medical exam and testing prior to joining the camp, with all players arriving from outside of the country required to quarantine for 14 days as per Health Canada regulations.

Given that the training camp is set to begin under seven days from now, one can imagine that Toronto FC had some additional heads up on the opening date.

If players from outside of the country arrived this weekend, they could resume training at the tail end of February. Throw in two weeks or so of training and we could see a Canadian Championship Final take place comfortably before the international break begins in late March.

It wouldn’t really be possible for the Canadian Championship Final to take part after the international break, as players returning to Canada would need to quarantine once more for 14 days. With the winner of the title bout qualifying for the Champions League and jumping right into a match against Club Leon on April 7, there’s no realistic window where the domestic cup could fit in after the international break.

In terms of league play, Major League Soccer has yet to sort out how the three Canadian MLS sides fit into the equation. Recent rumours suggest Toronto FC and CF Montreal are looking at setting up temporary homes in Tampa Bay, so a return to Canada after after the international break might not actually take place.

If the 2020 Canadian Championship Final will take place in mid-March, that would explain why Forge FC has announced eleven returning players in the last eighteen days alone: fans will want to know the back-to-back CPL winners have a strong core available before the historic match. It’s not yet clear when Forge FC will be back to training, however.

The Hamilton-based side still needs to find a replacement for centre-back David Edgar, while striker Anthony Novak will be a big miss following his signing with Clube Condeixa in Portugal. While most of the core squad has returned, it remains to be seen if Belgian duo Daniel Krutzen and Paolo Sabak, or North York’s own Chris Nanco, will return.

Toronto FC has a much more robust, battle-hardened, and high pedigree roster to work with, but the side will be facing its first real test under new head coach Chris Armas, who has yet to announce which technical staff members will be joining him north of the border. While the Major League Soccer side are firm favourites, the 2019 edition of the cup proved that cup upsets are on the cards.

When the 2020 Canadian Championship structure was first announced over a year ago, few would have predicted the transformation the tournament would endure as a result of the COVID-19 pandemic. Rather than undergoing several rounds, the tournament was restructured into a single match pitting the Canadian Premier League champion against a single MLS team based upon its head-to-head performance against the other two Canadian MLS sides.

The end result is that Toronto FC will now face Forge FC in a historic Canadian Championship Final which has been pushed back into the 2021 calendar year, and is likely set for mid-March to allow both sides time to train ahead of the title bout. It also marks the first time a Canadian Premier League club will come 90 minutes away from securing the domestic trophy.