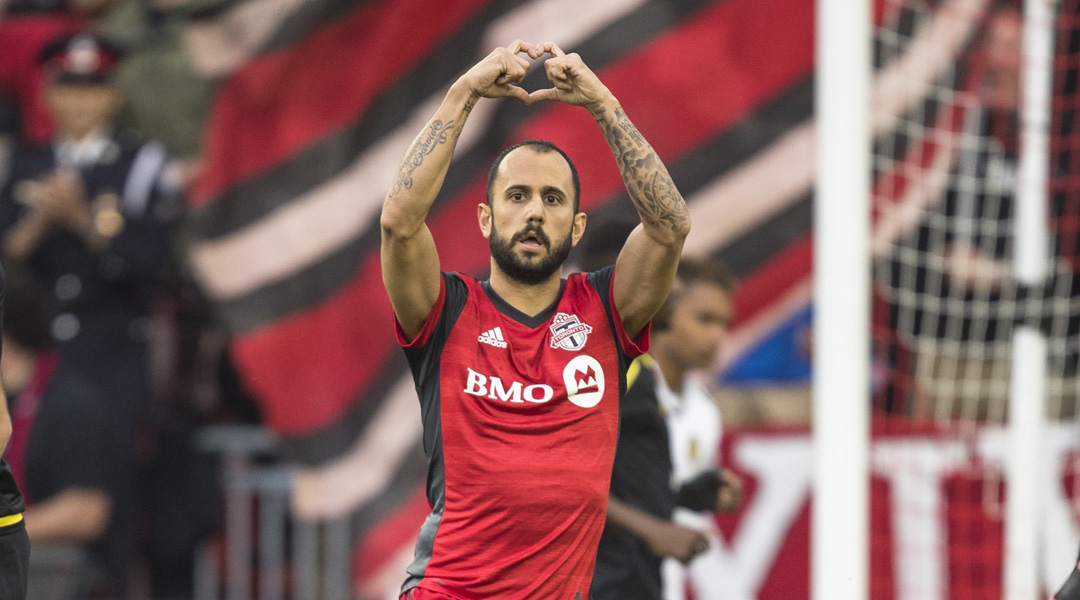 Toronto FC has selected midfielder Victor Vazquez in the second stage of the MLS Re-Entry Draft, marking the likely beginning of a second stint in Ontario for the 35-year-old.

The selection means that TFC will need to make a concrete offer to Vazquez by a date determined by MLS, which is believed to be within the next week.

Vazquez had spent the last two seasons in LA Galaxy with former TFC boss Greg Vanney, where he registered five goals and eleven assists throughout 57 appearances before going out of contract.

While LA Galaxy left things open for a potential return, it looks like Vazquez may be headed back to Toronto instead. At a minimum, the reds will have first right of refusal for the midfielder.

The Spanish midfielder was part of Toronto FC’s title-winning 2017 campaign, spending two seasons with the side whilst producing an astounding return of 18 goals and 28 assists throughout 65 appearances.

His passing vision on the pitch was a key reason behind Toronto FC’s historic treble, but an injury-plagued second season eventually preceded an exit following two years at BMO Field.

He inked a deal with Qatari side Al-Arabi Sports Club before underdoing a stint in Belgium with K.A.S. Eupen before reuniting with Vanney in Los Angeles last year.

When healthy, Vazquez is one of the most elite passers in Major League Soccer, though his defensive contributions can certainly be lacking. Given that he’ll be 36 in two months time, Bob Bradley is likely banking that Vazquez can make an impact outside of a starting role.

Of course, it remains to be seen if Toronto FC and Victor Vazquez will come to terms.