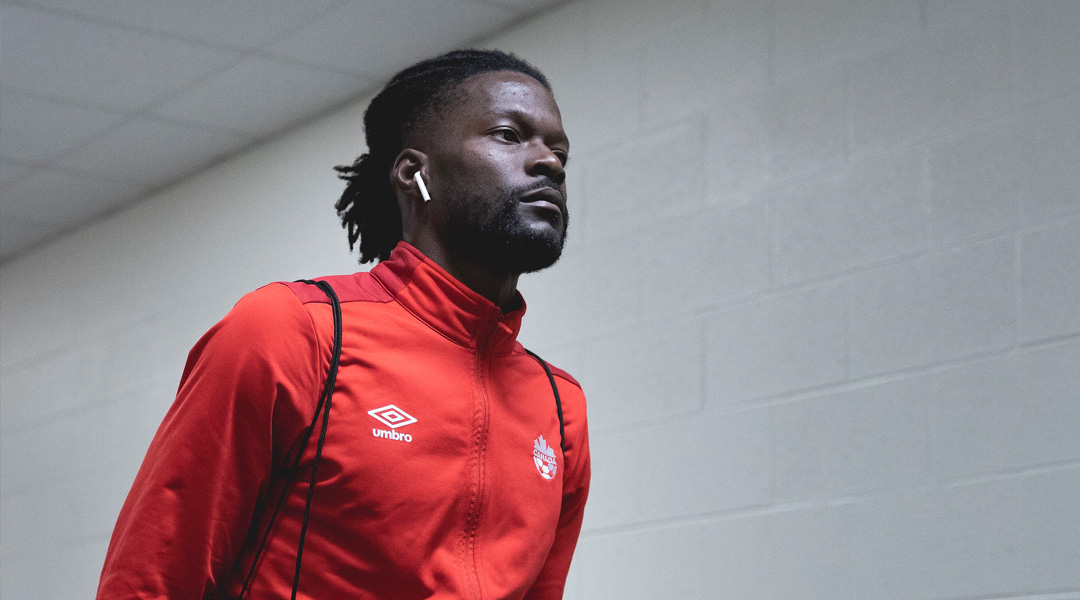 Prior to the Canadian Premier League kicking its first ball, many fans were optimistic that 32-year-old striker Tosaint Ricketts would depart from Lithuanian side FK Suduva and become a marquee signing for the domestic professional league.

The Edmonton-born player did make a return to Canada in August, but it was to sign for struggling MLS side Vancouver Whitecaps. There, Ricketts provided an extra option in an attack that has failed provide much joy for spectators at BC Place.


Ricketts contributed a goal and an assist in his eight appearances for the Whitecaps, with his speed and control evidently leaving head coach Marc Dos Santos impressed: the MLS side has just exercised Tosaint’s contract option for 2020 alongside right-back Jake Nerwinski and forward Yordy Reyna, meaning the veteran striker will remain a ‘Caps player throughout the 2020 MLS season.

I’m so excited. This is a place that I felt I wanted to be, and my goal was to end up here, and I’m just happy that I came in and did what I could down the stretch to show that I deserve another year with the Whitecaps.

Since Ricketts joined the Whitecaps in August, his salary wasn’t included in the publicly-released MLS salary information blast that arrived a month beforehand. Given that he was on a base salary of $190,008 when he was with Toronto FC in 2018, however, one has to imagine that he’s still earning a healthy six figures – and that means that even if he comes to the Canadian Premier League in 2021 or beyond, one would expect for him to be one of the highest-paid players in the league.

To that end, it’s not currently known what CPL players are making: the salaries for former MLS players like Marcel de Jong or Tony Tchani aren’t currently known, nor are contract lengths. In a Chilean interview earlier this year, York9 FC striker Rodrigo Gattas may have dropped that a Designated Player rule might come to fruition in the CPL, though the league remained silent on those claims.


With the inaugural season now coming to a close, it’ll be interesting to see if league stars like Tristan Borges, Nico Pasquotti, or Terran Campbell will remain in the league for 2020. Ricketts’ renewed contract with the Whitecaps will be expiring when the second Canadian Premier League season comes to a close, and that coincides with what is expected to be a busy time for the league: 2021 is when Saskatoon is aiming to join as an expansion club, potentially alongside Alex Bunbury’s Montreal-based venture.

Whether Edmonton-born striker Tosaint Ricketts ever joins a Canadian Premier League club remains to be seen, but for now one thing is certain: fans will likely need to wait until 2021 to find out if a then-nearly-34-year-old Ricketts wants to ply his trade in the professional domestic league.

If the move ever does to come to a fruition, one would expect the veteran Canadian national team member to get quite the reception. Now that Vancouver has exercised his option for 2020, however, all CPL fans can do at the present is wait and see what unfolds in the future.