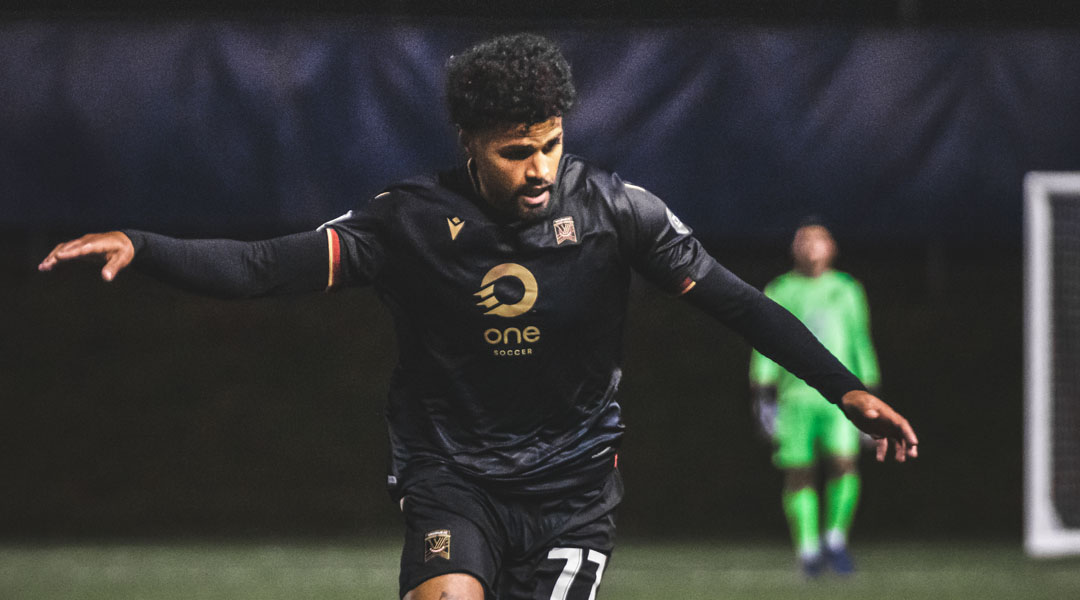 The side will square off against the US Men’s National Team in a friendly match on January 31 at the Exploria Stadium in Orlando, Florida. The selection by head coach Terry Fenwick follows a strong Island Games campaign from Pena, who appeared in six of seven matches for Valour FC last year.

The 21-year-old renewed his contract with the Canadian Premier League side last December, with head coach Rob Gale stating that the local athlete has shown plenty of improvement year-over-year. The versatile youngster was deployed in both midfield and defensive roles, with the Soca Warriors listing him as a defender for the purposes of the call-up.

It’s surreal, really surreal. We moved from Trinidad to Winnipeg when I was 10, but I first fell in love with football in 2006 when Trinidad was in the World Cup. I can remember the atmosphere and how it was really amazing to see the national team in the World Cup. The pride I had as a seven-year-old watching Trinidad compete was something that stuck with me. It was something I wanted to do one day.

It was eleven years ago when Pena and his family immigrated to Winnipeg from Port of Spain, the capital of Trinidad and Tobago. The youngster developed in the local Winnipeg soccer scene before pursuing a youth career overseas, spending time in Belgium with the academies of both Genk and Standard Liege before accepting a contract from Valour FC befor the inaugural Canadian Premier League season.

Absent from the call-ups were Halifax Wanderers duo Andre Rampersad and Akeem Garcia, who do not hold Canadian passports and thus may have had difficulties coming back to Canada during the pandemic.

Pena has made fourteen appearances for Valour FC overall, and with six of them coming from last year’s seven game season his stock appears to be on the rise. With the 21-year-old now joining Trinidad and Tobago for a friendly against the country’s regional rivals, it’ll be interesting to see how Pena grows from the experience – and if he can force his way into regular selection.

The dual-island nation also called up former York United winger Ryan Telfer, who has yet to land with his next team. Other Canadian Premier League athletes to receive international call-ups recently include Amer Didic and Marco Bustos for Canada, and Marcus Velado Tsegaye for the El Salvador U-23 side.