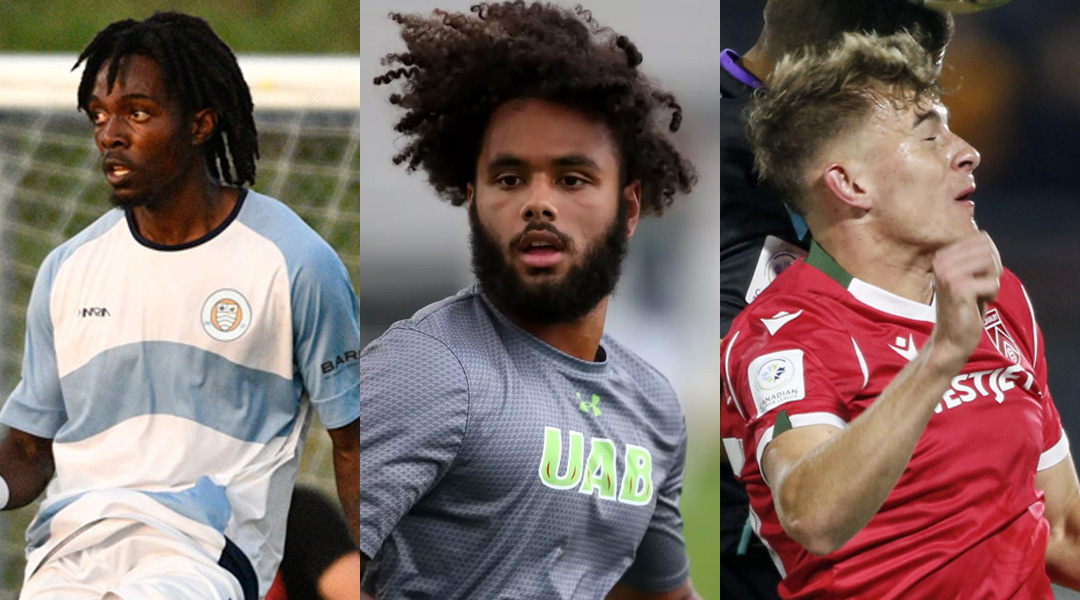 Canadian Premier League side Vancouver FC appears to have sent three of its inaugural roster to train with an English Championship side ahead of the club’s own preseason camp.

“A huge thank you to my club Vancouver FC and Huddersfield Town FC for collaborating and providing this opportunity to me,” said Simmons online.

The opportunity will allow the trio – who represent three of the club’s first seven signings thus far – to train in a high-level environment and establish an early rapport ahead of Vancouver FC’s inaugural season in the Canadian Premier League.

The club had brought in John-Wentworth and St. Louis earlier this month, with the former arriving after impressing in League1 Ontario with the Simcoe County Rovers and the latter having earned his first professional opportunity since wrapping up a solid NCAA campaign.

Simmons, 24, is the most experienced of the bunch after racking up four years of Canadian Premier League experience. He suited up for both the Halifax Wanderers for their own inaugural campaign before making the move to Cavalry FC.

The highly-touted CPL midfielder is will be no stranger to English football, with Simmons beinb born in Luton and having spent a few years developing with the Milton Keynes Dons academy.

The training stint will be a golden opportunity to ensure all three Vancouver FC players are fit and sharp ahead of the club’s first-ever preseason, where Afshin Ghotbi hopes to assemble a team that can prove playoff contenders in year one.

Huddersfield Town is staring down the barrel of a relegation battle in the English second tier, a marked drop from their third-place finish last season following a seventeen-match unbeaten run.

While the Terriers have plenty of pressure on their plate to stay up, it’s nice to see that Vancouver FC was still able to make some bridges to help the development of three of its own.

Vancouver FC has added two new players this week with the intra-league additions of Rocco Romeo and Gabriel Bitar.