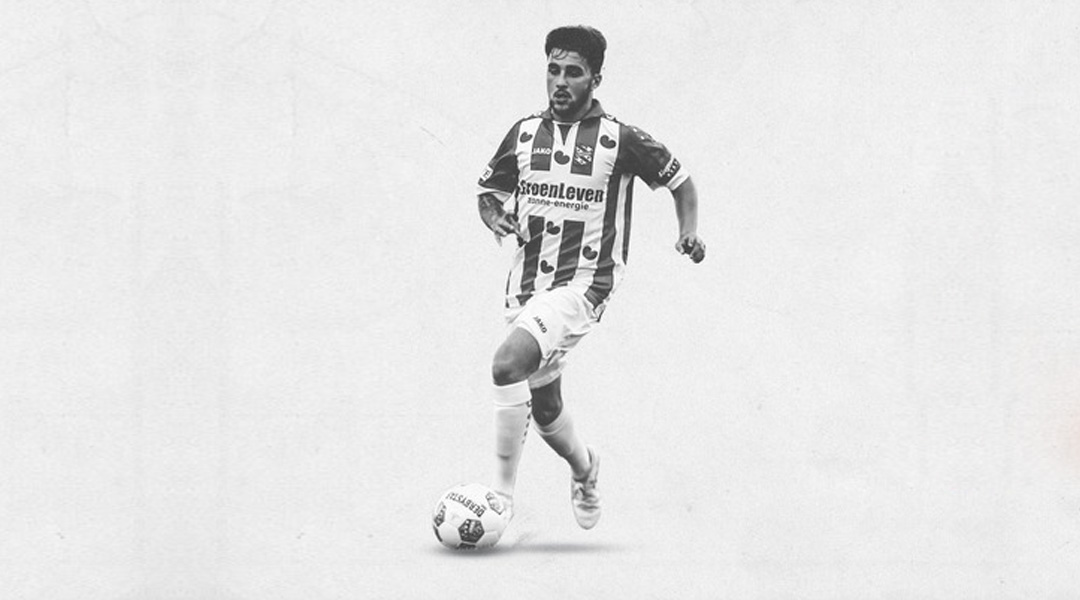 At just 20 years old, Toronto-born midfielder Tristan Borges has been one of the brightest sparks to emerge from the inaugural Canadian Premier League season. The Forge FC attacking midfielder recently spoke with Michael Miller on the Premier Podcast and revealed how much his time overseas with SC Heerenveen helped shape him into the professional he is today.

Borges started his professional career with the Toronto FC Academy at a young age, and eventually earned a call up to the Canadian U-17 national team. After playing well and scoring against Mexico, the youngster was invited to a two-week trial with SC Heerenveen, a club based in the Netherlands which plays in the Eredivisie. Borges evidently impressed during his trial, and was offered a two-and-a-half year contract with the club.

Though he calls himself big on family, the opportunity to establish himself in Europe was something that the then-17-year-old couldn’t resist. After a difficult first few months overseas where some FIFA-related difficulties preventing him from being cleared to play, Borges eventually got started with the youth team for the Dutch club, and would intermittently train with the first team.


When it comes to friends made during his time with SC Heerenveen, Borges’ mind quickly jumps to Martin Ødegaard, the Real Madrid attacking winger who is the same age as Borges. He spent a year on-loan with SC Heerenveen while Borges was there, and was Norway’s highest-touted youth prospect. Borges learned a lot from the Drammen-born youngster, who has been sent out on loan by Real Madrid on an annual basis since signing with Los Blancos.

I learned a lot from him. We were good friends. He was, at the time, the number 10. That’s kind of the position that I love to play. I grew up playing as a number ten. Any time I had trainings with the first team, or staying after trainings, whether it was to do freekicks…but for me, the most important thing was my mentality, so I would always ask him a lot of questions about how it is to be professional, day-in and day-out, especially at Real Madrid now that he was there.

It wasn’t just players in his age bracket that Tristan took on as mentors, either: the club captain, Stijn Schaars, took Borges under his wing and gave him advice as he eventually started training with the first team. Having won the Eredivisie once with AZ Alkmaar and twice with PSV, he was a well-respected figure at the club.

It was a nice thing to have him as a captain, being one of the younger players, training with the first team whenever I did. He kind of guided me throughout the harder times when it was hard for me to get on the ball or any small things like that, he would give me a lot of advice. He really gave me a lot of advice in terms of mentality and how to really stay focused in terms of being the younger player on the team, and just trying to stay focused and really prove yourself and show yourself day-in and day-out. It was easy to listen to him because he had a very successful career in Holland and he has a lot of experience. You can see when he was in the game, he might not have been the fastest guy or the strongest guy, but anybody who watched soccer and knew of him, anybody that watched him play, everybody knew he was the smartest guy on the field.

When the calendar year flipped to 2018 and Borges found himself with the SC Heerenveen reserve side and unable to break into the first team, the then-19-year-old made a big decision: it was time for him to come back to Canada. He wanted to play, and he knew that if he impressed then-Sigma FC head coach Bobby Smyrniotis, he would have a good chance of transitioning into Forge FC when Smyrniotis made the jump over for the inaugural Canadian Premier League season.

Forge FC fans can probably tell you what happened next.

It was a big step for the youngster, but having the chance to play in a professional domestic league in his own country was too big an opportunity to pass up.

I think just having the idea of playing back in Canada, back at home for a little bit to get some games under my belt and being able to put a lot of work in to jump forward, it was a win-win situation coming here. […] You know, anybody who really asks me how it went, I always say the same thing: the player I was when I left compared to the player I am now is a really big difference.

Now just three months into the first year of Canadian Premier League action, Borges has scored against every Canadian Premier League club that Forge FC has faced, racking up seven goals in thirteen league appearances to find himself tied first for the golden boot alongside 20-year-old Pacific FC player Terran Campbell. In a little over a week, he’ll represent the Hamilton-based club in the CONCACAF League, too.


As one of the youngest goalscorers in the league, Borges has immediately carved out a large reputation as one of the league’s most talented players. Many fans are already speculating that he could make the jump up to the likes of Major League Soccer, though only time will tell where the Forge FC midfielder ultimately ends up. Much like Welshman, fans of the Hamilton-based club will be hoping they’ll be able to chant his name for as long as they can.

With Borges commenting that he’s back home ‘for a little bit’, it seems like the ambitious youngster intends to carve a career for himself elsewhere. The Canadian Premier League has given him a chance get significant minutes on the pitch in a professional environment to help his development, which is exactly why York9 FC assistant coach Carmine Isacco says Toronto FC ought to loan more players to CPL sides rather than the Ottawa Fury: nothing develops a player like actually playing.

For Borges, the move home was always about one thing: getting three points as much as he can. Forge FC has been the best reality of that ambition for his career so far. If things continue to go well, it won’t be the last.

The full interview from the Premier Podcast runs about 45 minutes and reveals plenty more insight into Tristan Borges. Interested fans can take a look at the podcast here.