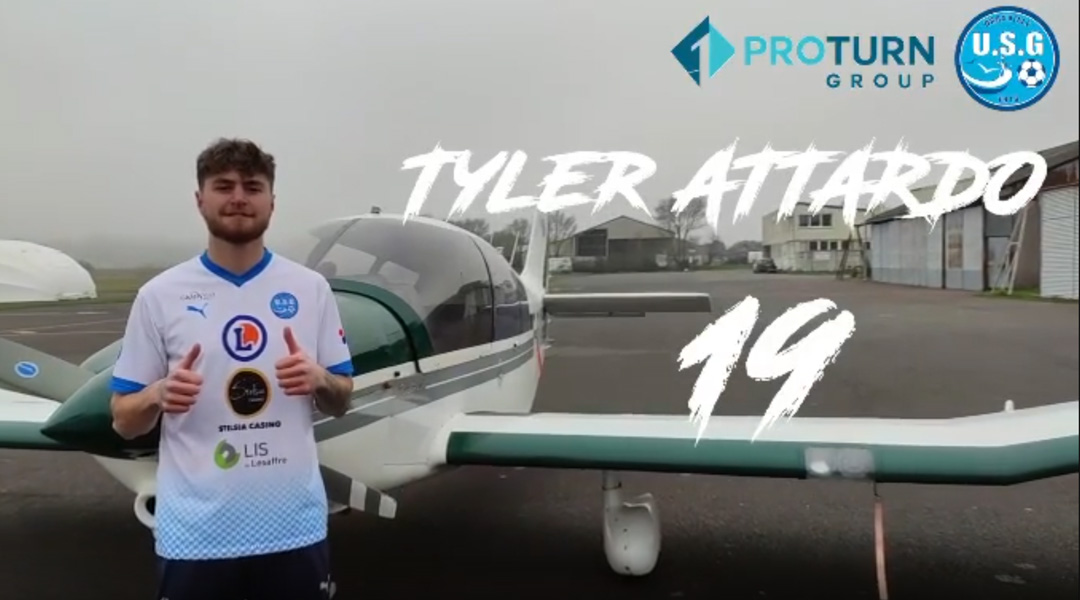 Attardo Loaned To US Granville

Canadian striker Tyler Attardo has joined French fourth division side US Granville on loan until the end of the season.

The former Valour FC striker enjoyed a breakout rookie season in the Canadian Premier League three years ago, coming in as a relative unknown through an open trial before bagging six goals in twenty-two appearances at the age of 18.

Attardo then made league history when he departed Winnipeg for Chilean side Fernandez Vial, becoming the first CPL athlete to be sold to a South American team. He was then sent on a two-year loan to Cyprus side Xylotymbou, where he described a high level of play in a very contrasting environment to what he’d seen at IG Field.

Now, the youngster embarks on another loan chapter away from home in the French fourth division.

Interview With Attardo: Europe Is My Long Term Goal

Tyler will wear the number nineteen at US Granville, who operate in the fourth tier of French football. The side are a midtable performer in the league, so it’ll be interesting to see how the 20-year-old will fair in the northwest region of France.

Europe had always been Attardo’s intended destination following his breakout campaign in 2019, though he was unable to capitalize on a move there from Valour before the European transfer window ended. As a workaround, his agent arranged for him to be sold to Fernandez Vial instead, who signed him to a long-term contract with the sole intention of moving him on to Europe themselves at a later date.

Now three years and two loans later, it’ll be interesting to see how Attardo performs in the lower tiers of French football – or what might finally come after his long spell of loan development abroad.