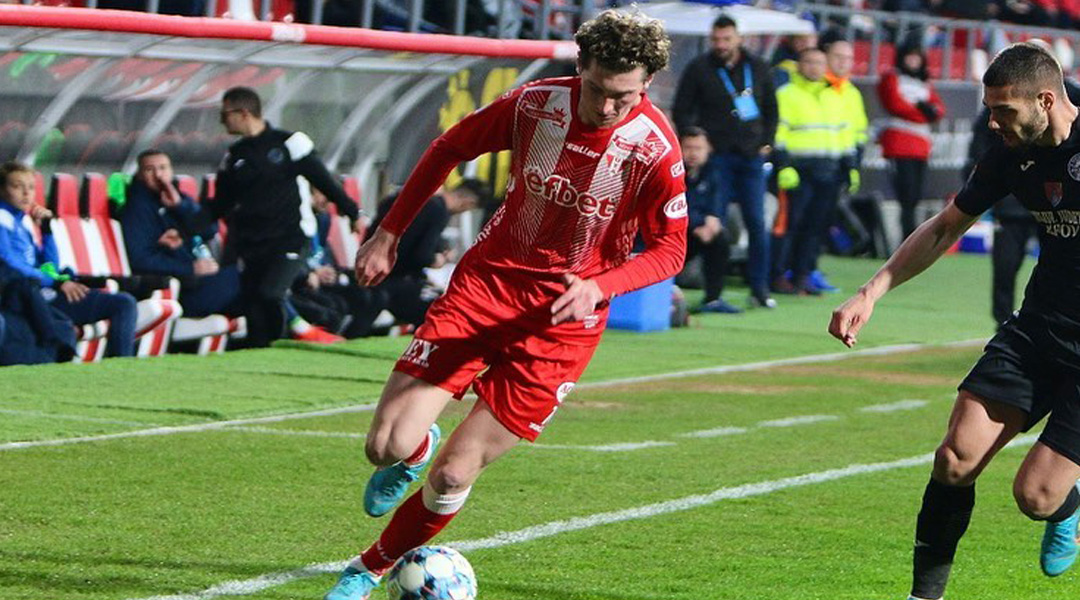 One of the Canadian Premier League’s best and brightest goalscorers is now a free agent.

Former FC Edmonton striker Easton Ongaro has confirmed his departure from Romanian top division side UTA Arad, where he’d scored one goal in 135 minutes of action before spending a spell on the sidelines through injury.

The 23-year-old striker revealed his exodus through a social media post, describing his chapter in UTA Arad as a small part of the his journey that was frustratingly marred by injury.

“Filled with experience reaching highs and lows,” he added in a brief image-based post, “a short time that will be remember for a life time. Looking forward to the next challenge.”

Prior to his five month stint in Romania, Ongaro was a bright spark for an FC Edmonton side that has endured a difficult time in its CPL era: the six-foot-six striker accrued 25 goals through 55 appearances in blue before revealing to Northern Tribune that he was looking to test himself in Europe.

The Edmonton-born striker has a knack for putting himself in the right place at the right time, but he’s also proven to have a keen eye for goal that goes beyond tap-ins and set pieces, too.

Ongaro’s early return doesn’t make him the only CPL export to struggle abroad, with Forge FC midfielder Tristan Borges having failed to break through at Oud-Heverlee Leuven before undergoing two separate loans back to the hammers.

While where Easton Ongaro lands next is anyone’s guess, it’s fair to say that the striker will be a hot commodity for clubs in need of a striker – though not every CPL side will be looking for one.

Like Louis Beland-Goyette and Jems Geffrard, it appears that Easton Ongaro will count himself as a proven CPL talent set for mid-season free agency for the moment.