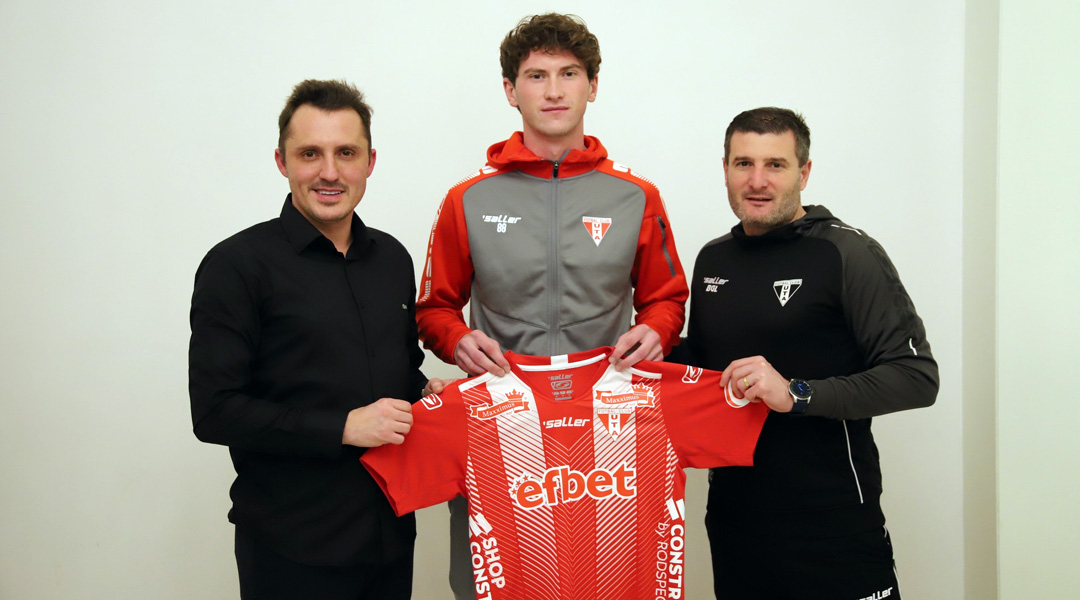 The 23-year-old had been a bright spark for an FC Edmonton side that has endured a difficult start to its CPL era. The six-foot-six striker accrued 25 goals through 55 appearances in blue before revealing that he was looking to test himself in Europe.

Now set to don the red-and-white kits of UTA Arad in the Romanian first division, the six-foot-six striker will enjoy his second European playing opportunity following his offseason loan to Danish side Vendsyssel FF in 2020.

The news of Easton’s arrival to Romania first broke yesterday, with the Arad-based club confirming the signing today.

See Also: Ongaro Ready For ‘Big Year’ With Eddies In 2021

Ongaro had arrived to FC Edmonton after initially being selected by league rivals Cavalry FC in the inaugural CPL-U SPORTS Draft, with the six-foot-six strike finding his feet midway through his rookie campaign to score double digits in his first pro season.

His second season with the Eddies saw him score three goals in seven appearances as his club went winless throughout the shortened season. Last year saw him put forth a personal best campaign, scoring twelve goals across 26 regular season matches.

The Edmonton-born striker has a knack for putting himself in the right place at the right time, but he’s also proven to have a keen eye for goal that goes beyond tap-ins and set pieces, too.

Easton’s departure is just the latest line item on a laundry list of woes for FC Edmonton, who now found themselves requiring league intervention after owner Tom Fath needed help with player salaries. The club has confirmed that head coach Alan Koch will be staying on, though assistant coach Jay Bhindi was revealed to have joined Valour FC earlier today.

There’ll be plenty of eyes on the target man to see how the CPL’s top goalscorer fairs in Romania. UTA Arad currently finds itself ninth in Liga I action after 21 games played.

The contract structure of Easton’s deal with UTA Arad was not disclosed, but is believed to be a multi-year deal.