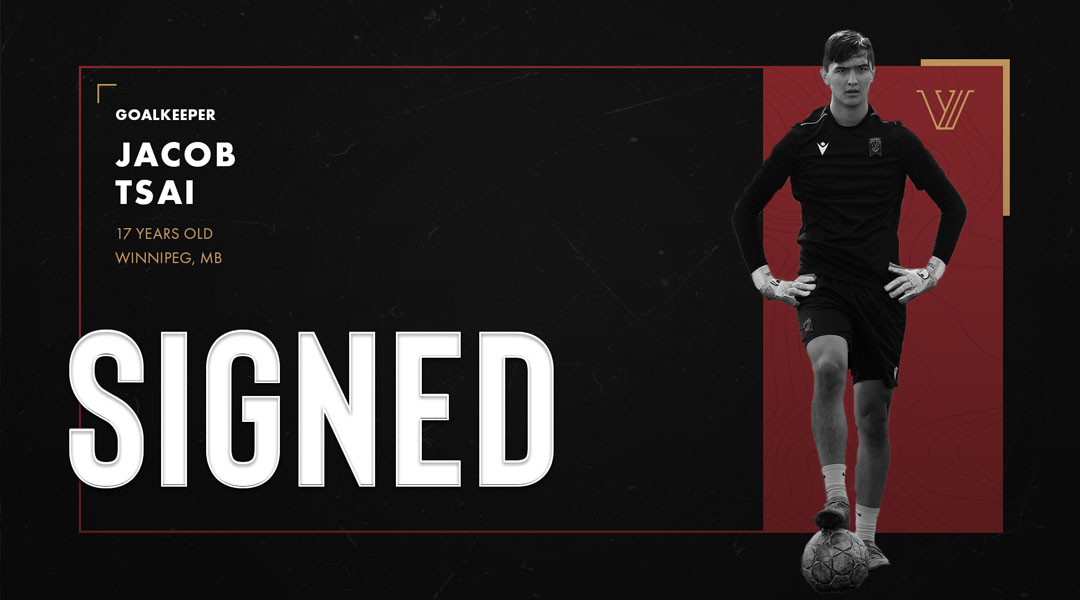 With Jonathan Sirois having been recalled by CF Montreal and Matt Silva stepping into the number one position, Valour FC has now signed 17-year-old goalkeeper Jacob Tsai to a developmental contract.

The six-foot-one teenage goalkeeper joins from local side Bonivital Soccer Club, which is one of the five teams that was recently announced as a youth club affiliate for the Canadian Premier League team.

Tsai is also presently part of the MSA Residency Prospects program, which works in conjunction with the Vancouver Whitecaps to help develop top-level youth talent in the province.

The Canadian Premier League club had brought in  Svyatik Artemenko and CPL-U SPORTS Draft pick Yuba-Rayane Yesli throughout preseason, though those goalkeepers are now in League1 Ontario and the PLSQ respectively.

Matt Silva was briefly the only rostered goalkeeper with the club after Sirois’ departure yesterday, which meant the club needed to move quickly to bring in a replacement.

Jacob Tsai is expected to remain a bench option for the Winnipeg-based side, though one never knows when the 17-year-old youngster may get called upon. Last season saw a 17-year-old Ezequiel Carrasco feature for York9 FC (now York United) at The Island Games.