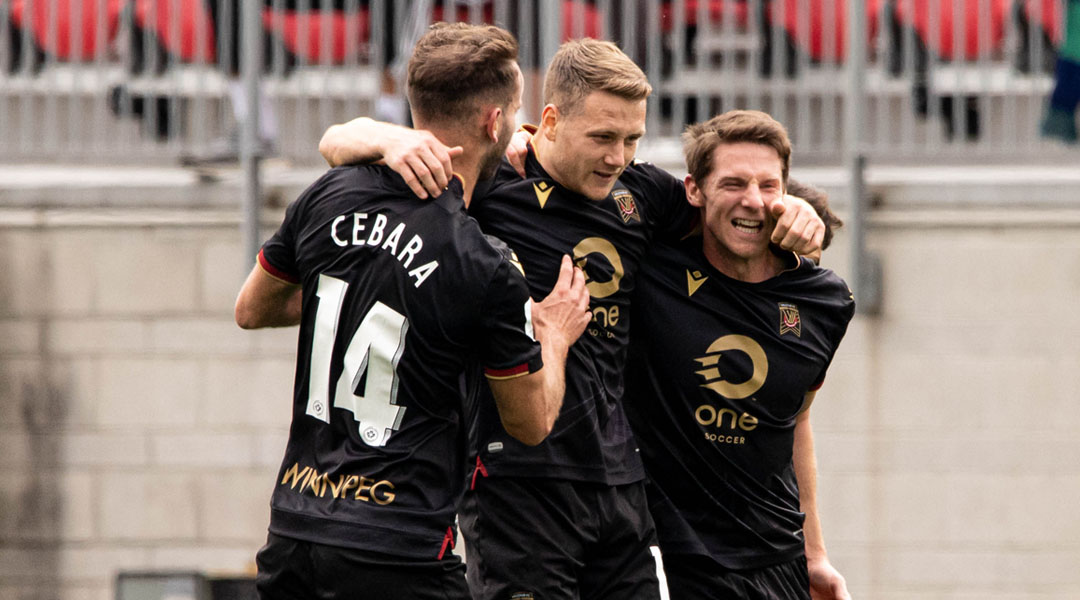 Valour left-back Brett Levis has announced his departure from the club after three seasons.

The Saskatoon-born full-back had made 45 appearances for the Winnipeg-based side across all competitions, recording three goals and three assists. He was a regular feature under both Rob Gale and Philip Dos Santos.

“Thank you Valour FC for the past three years. You’ve helped me grow as a person and a player,” he said on social media. “To the fans, thank you for always supporting us on and off the field. Winnipeg will always hold a special place in my heart.”

There are several CPL sides in the hunt for a left-back, with Pacific FC cleaning house on that flank, Vancouver FC building a fresh roster, and York United still seeking a permanent successor to Diyaeddine Abzi, though Paris Gee certainly made a case for himself in Ontario.

The former Vancouver Whitecaps prospect was a versatile contributor for Valour: the midfielder was converted into a left-back role during his time with the Whitecaps 2, pushing a young Jordan Haynes out of the squad over there. At Valour, he featured in both of those positions.

The Winnipeg-based side had hinted that Levis may have been moving on in a roster update published earlier this month. Other big names on the list of possible departures include Moses Dyer, Stefan Cebara, and Rocco Romeo.

While it remains to be seen where Levis lands next, he’s looked good throughout his three years at IG Field – if he hasn’t locked in his next move yet, there’ll be a lot of interested parties knocking.