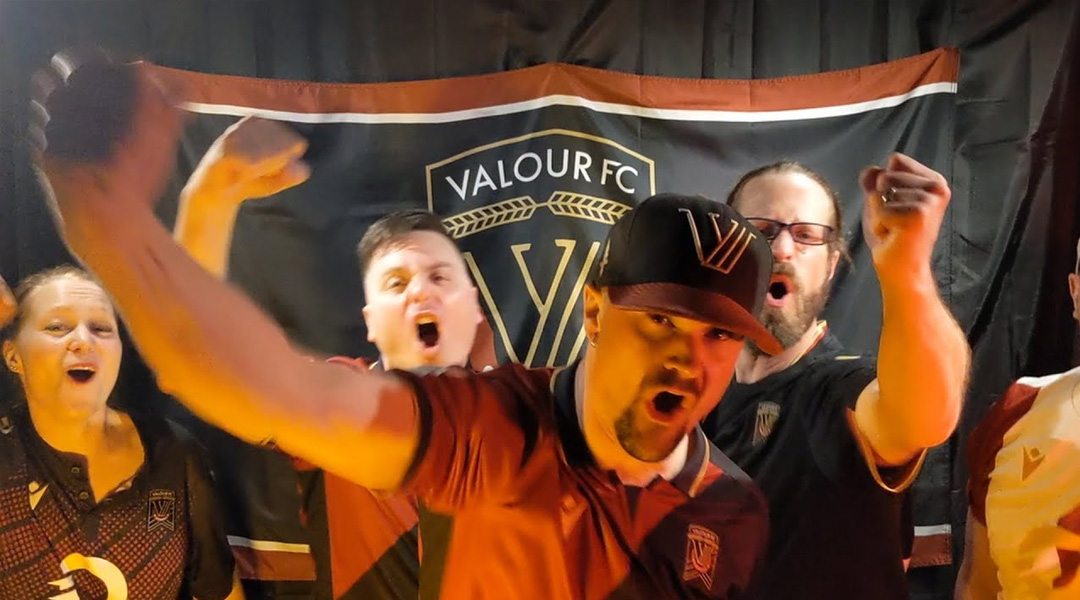 A group of talented Valour FC fans have released a song in support of their favourite CPL side.

The three-minute metal ballad should be a surefire way to hype up Valour fans before a home match, complete with a repeat chorus and lyrics that namedrop a number of the cub’s roster. All-told, it’s pretty well done and it looks like the creators had a good time making it, too.

Check out the the song We Are VFC below:

The song has already attracted the attention of several players, with Andrew Jean-Baptiste stating it was matchday playlist material while Jonathan Sirois and Raphael Ohin both expressed their opinions of it through fire emojis.

It isn’t the only musical release to namedrop CPL players, with Elijah Adekugbe’s track Dream Team putting out a ton of references. Quite a different song, though.

Valour FC left a lot for their fans to be singing about this week after completing a 6-1 away win over Atletico Ottawa. The club is now set to enjoy a home opener at IG Field this Sunday, where we expect the song’s creators to be cheering on for ‘Moses Dyer to take them higher’.

This isn’t the first time a fan has produced a hype track to support their favourite team, with last year seeing one intrepid York United fan release Allez Nine Stripes. Fans have also expressed their support through other creative mediums like Minecraft, pixel art, and videogame mods, too.

Whether the ballad is your cup of tea or not, it’s a really neat way to see fans support their team and the group dished out some pretty good vocals for the track, too. Well done to Jeremy, Stephen, and the rest of the group behind to the tune!