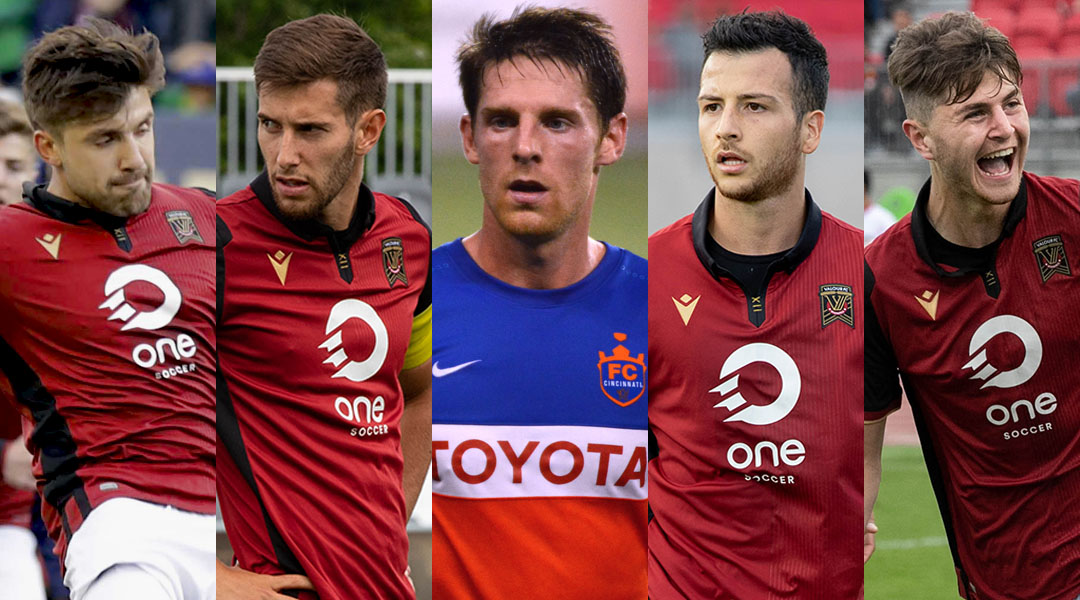 While Valour FC has kept largely quiet regarding the club’s roster plans for 2020, Winnipeg-based sports reporter Mahith Gamage has not: last night, the Northern Eleven contributor took to Twitter to post a thread that has potentially revealed several significant roster moves for the Canadian Premier League club.

For starters, Mahith seconded the recent transfer news postulated by Thomas Nef, who stated that Valour FC midfielder Michael Petrasso was in the midst of an intra-league transfer to York9 FC. The move would see Petrasso return to his hometown, and would help bolster a York9 FC midfield that has already added former Ottawa Fury player Chris Mannella. The 24-year-old would be a big miss at Valour FC, though.


The Winnipeg-based reporter also stated that Louis Beland-Goyette would be outbound from Valour FC, and that’s not the first time such a move has been speculated: earlier this month, TSN 690 host Tony Marinaro had said much the same. Reportedly, Beland-Goyette is in the midst of contract discussions with the Halifax Wanderers, who had promised fans that the 2020 squad would see players of a higher pedigree take to the pitch. In that, Beland-Goyette certainly fits the bill.

Gamage also stated that both defender Martin Arguinarena (20 appearances) and Olympic hopeful Nicolas Galvis (12 appearances) were likely to leave the club. For his part, head coach Rob Gale recently stated that at least half of the inaugural Valour FC squad would likely be returning next season.

To that end, Mahith stated that creative midfielder Marco Bustos has received a sizable contract offer from Valour FC, who would certainly be eager to keep their star player amidst the rumoured outbound transfers. It appears that breakout youngster Tyler Attardo, for whom we’ve previously stated had attracted interest from outside of the league, may also be outbound. Mahith added that Attardo has received interest from overeas, as opposed to any intra-league moves.

Gamage also revealed one potential brand-new signing for the club: former Eddies man Daryl Fordyce, who would count as a domestic player given his permanent resident status in Canada. The 33-year-old midfielder had made 117 appearances for FC Edmonton in the past, contributing an impressive thirty goals and ten assists before he departed as the NASL neared its end.


This year, he made 29 appearances for top Irish division side Sligo Rovers. With his contract with the Bit o’ Red expiring next week, he’d be a good domestic pickup for Valour FC – especially given that Gale is eager to add professionals accustomed to the rigours of a Canadian game filled with plenty of travelling and adverse weather.

That’s a lot of transfer news to digest, and it’s certainly food for thought: if both Petrasso and Beland-Goyette move to different Canadian Premier League clubs, it could be indicative that a culture change is needed at Valour FC in order to keep its top players rooted in Winnipeg, and not playing against them next season.

With the club conceding a league-high 52 goals, Gale will also need to bolster his defense in addition to keeping his midfield populated. In this year’s CPL-U SPORTS Draft, the gaffer picked up an attacking midfield option in Marcus Campanile, while also scooping up former Manchester United and Liverpool academy prospect Charlie Waters to potentially deploy up front.

Valour FC has only re-signed two of its inaugural roster members so far in the form of Yohan Le Bourhis and Raphael Garcia. The Canadian Premier League side finished dead last in the spring season, but rose to fifth in the fall. Having finished only four points behind third-placed York9 FC, there’s certainly the potential for Valour FC to improve upon its league position next season – though who stays and who goes will have a big part in what unfolds for Rob Gale come 2020.