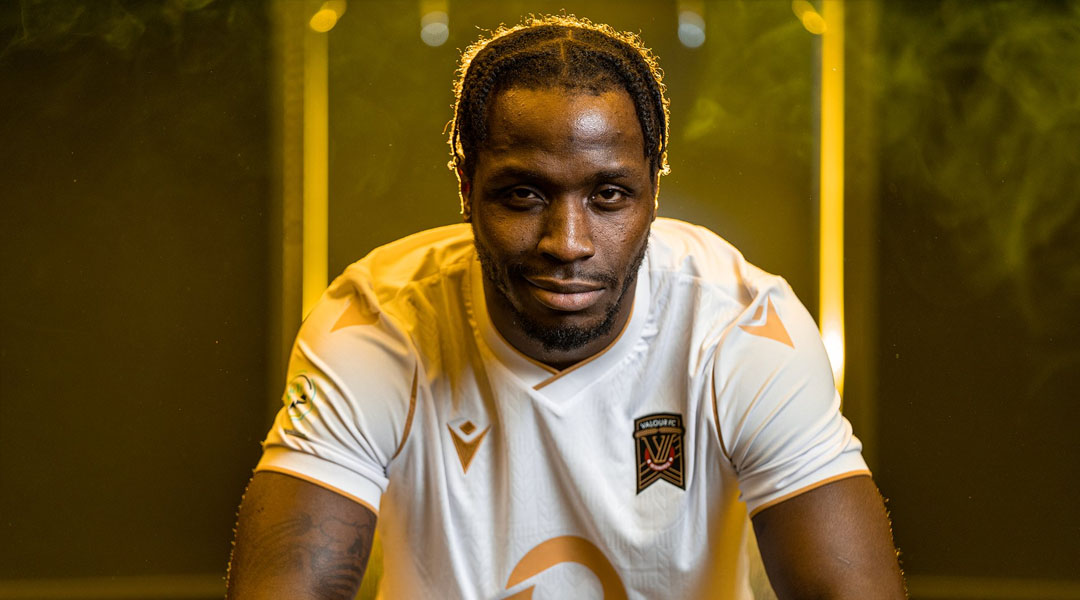 Winnipeg’s Valour FC has released its alternate kit for the 2022 CPL season.

The Canadian Premier League side revealed the new threads during a fan event that saw players and fans merge to watch Canada qualify for the World Cup. The Winnipeg-based team showed off their new alternate kit at half-time, revealing a clean white away look compliment by soft gold accents.

Valour’s secondary look also features a sharp overlapping collar and isn’t afraid to mix with a dominant wheat-textured white. The club had revealed its primary kit just a few weeks ago, revealing a unique diagonal split with sides of black and maroon that brought the return of a classic-looking collar.

The league previously had all eight teams release 2020 alternate kits that had the same colour scheme, but this time around clubs are expressing plenty of individual freedoms with their alternate looks: FC Edmonton and Atletico Ottawa revealed white and blue kits respectively, with the Eddies also throwing in an orange Edmonton Drillers-inspired retro kit as a third choice.

This Wednesday will see both York United and Cavalry FC reveal their alternate kits, with Forge FC following a day later. The Halifax Wanderers will reveal theirs on April 2, whilst Pacific FC is still sorting out a day for its own event.

Valour FC recently returned home from a preseason camp in Victoria that saw them best York United and the Whitecaps FC 2 4-0 and 3-2 respectively before falling to a 1-0 loss against Pacific FC. It’s been a strong-looking preseason for Phillip Dos Santos, who will undergo his first full season in charge this year.

The 2022 Canadian Premier League season is now just about a week-and-a-half away, so it won’t be long before fans are seeing the above kits out on the pitch in competitive action. The 2022 CPL kits are made of Macron eco fabrics, which are 100% pet recycled polyester. For each produced shirt, 13 0.5 litre bottles are recycled.

Atletico Ottawa Dedicates ‘Pay What You Can’ Home Opener To Ukraine