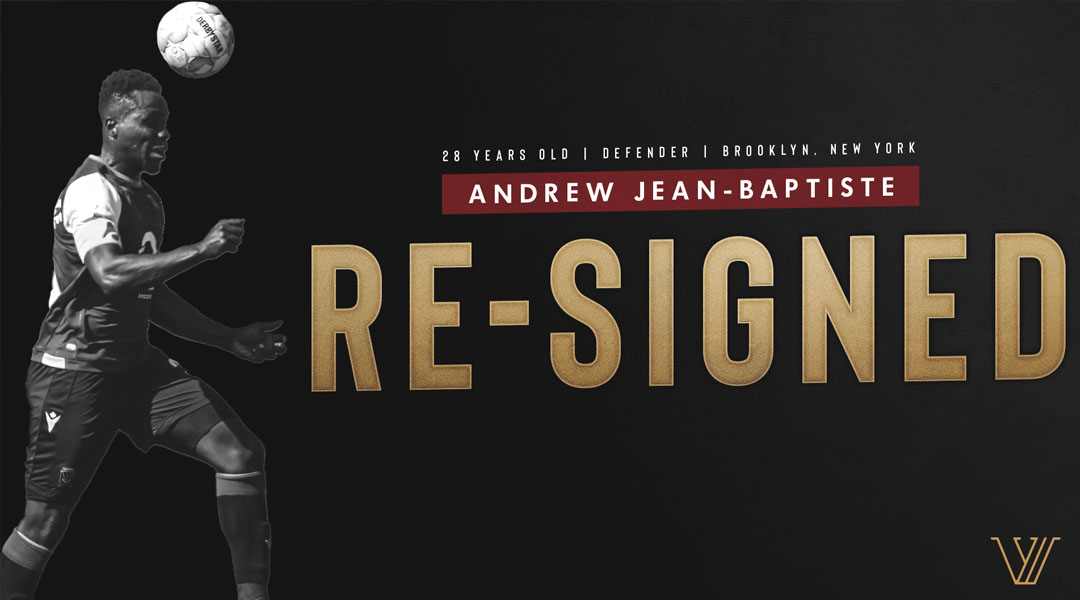 Canadian Premier League side Valour FC has activated its option for centre-back Andrew Jean-Baptiste in a move that will keep the Haitian international with the club through the 2021 CPL Season.

Jean-Baptiste proved himself to be one of the top defenders in the league during the Island Games, forming a strong partnership with Toronto FC loanee Julian Dunn which saw the club reduce its average goals against from 1.86 in 2019 to just 1.29 in 2020.

The Brooklyn-born defender scored his only goal in Valour colours as team captain in a four-nil routing over Atletico Ottawa, which is the club’s largest ever win. We hailed him as the club’s best newcomer following his strong start at The Island Games.

I’m very comfortable and settled into Winnipeg. What is it about Winnipeg? It’s the staff. Rob, Patrick, and Damian are all great. The best place to play is where you feel wanted and where you feel like you can thrive. This is that team for me. And the people here are amazing. ‘Friendly Manitoba’ – I can’t ignore that part. There’s a few variables in me coming back, but those for me were spot on.

The 28-year-old originally signed on with Rob Gale this January following following a stint with Swedish side Umea FC. With the international player certainly proving himself at the CPL level, his return for the next season will be a big relief for Valour fans – though the side still needs to sort out its second centre-back and starting goalkeeper, both of whom were loans this year.

Andrew’s re-signing was initially confirmed by his agency eight hours prior to the official announcement today, marking the fourth time this year that Valour FC fell behind player agency announcements of its roster.

Rob Gale revealed that he expects the core of the club to remain for the 2021 Canadian Premier League season, though the current contract of many players remains unknown. Last week, Spanish midfielder Jose Galan announced he was moving to Spain in a free transfer, but clarified that he plans to make a Valour FC return next March.

Financial details regarding Andrew Jean-Baptiste’s option were not disclosed by the club.