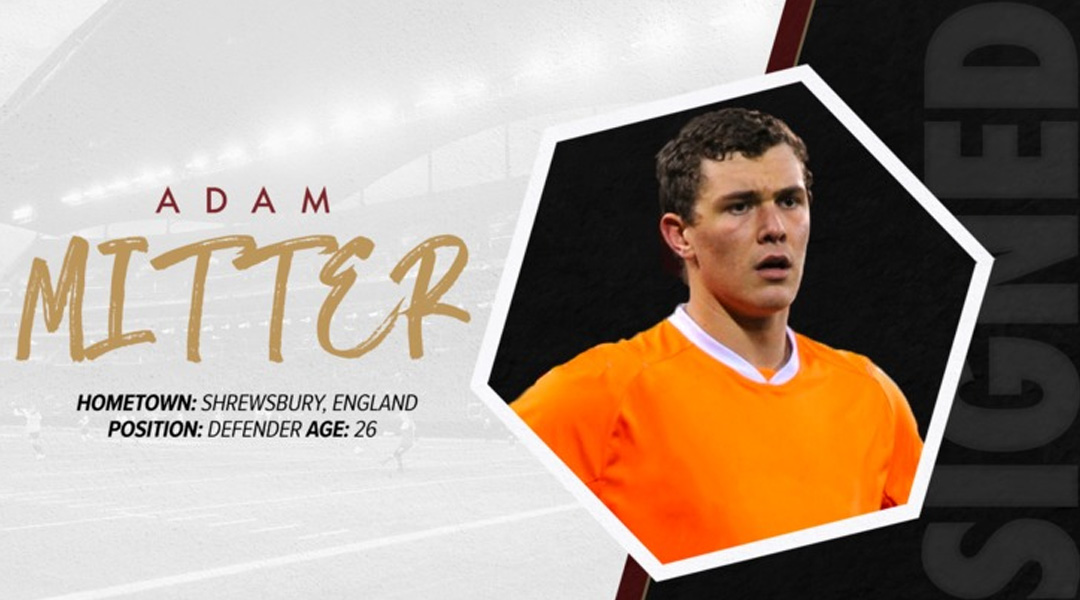 Valour FC has what may be one of the most stacked midfields of any Canadian Premier League side, and today the club took a big step in shoring up its defense, too: Adam Mitter has inked a one-year contract with the Winnipeg side.

The 26 year old well-traveled Englishman was Captain of the Blackpool U-18 team during the side’s brief tenure in the Premier League. He then moved clubs on a near-annual basis, getting experience in Scotland, Sweden, Australia, the Philippines, India, and Singapore. Suffice to say, a one-year contract is nothing new Mitter. He’s not the first well-traveled player to join Valour either, with Stephen Hoyle affectionately being called “Mr. Worldwide” in a recent interview with Kurt Larson.

Mitter revealed he had been in contact with Valour FC head coach Rob Gale for some time now, with the latter providing a glowing endorsement for the player:

Adam has shown great determination, desire, and commitment to be a part of Valour FC, and more importantly, his values align fully with our football club.

This is the second Valour FC signing to come during the club’s Punta Cana preseason trip, with former Montreal Impact man Louis Béland-Goyette also signing on for a one-year term. Valour fans will be relieved to see some defenders coming in after a string of midfield signings, as impressive as they were (another former Impact man, Michael Petrasso, also recently signed for the Winnipeg side).

Valour FC lost 2-0 to Forge FC during a preseason game today, so it looks like there’s still work to be done regarding the squad’s defensive efforts.

Financial terms of the contract were not revealed by Valour FC.