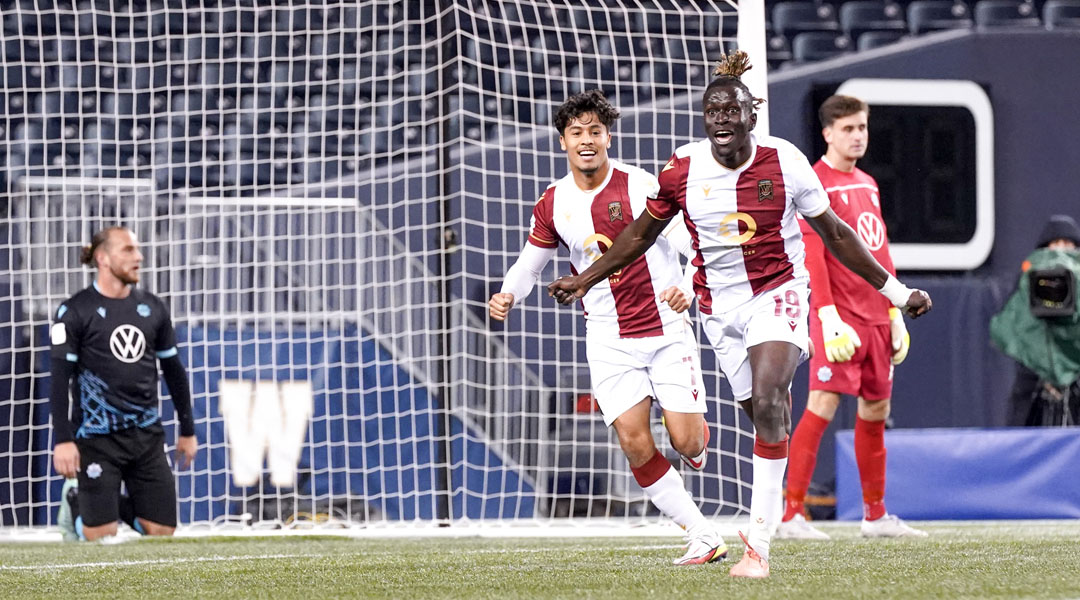 Valour FC is bringing back its top two goalscorers for another season.

The Winnipeg-based Canadian Premier League side has exercised its options on forwards William Akio and Moses Dyer, who scored a combined seventeen goals throughout the 2021 CPL season.

Both Moses and Willy, to start this coming season, are big pieces for what this team could have going forward in the attacking phase of the game, but they’re also two guys who work extremely hard in the defensive side of the game and that’s extremely important in what we’re trying to continue to build here.

Moses Dyer finished as the league’s top fifth goalscorer in 2021, with his nine goals setting a club record for goal contributions in a single campaign. William Akio finished just one goal behind him, tying the previous record of eight made by Marco Bustos in 2019 – not bad for a rookie campaign.

Dyer had found himself in fine form as Dos Santos arrived, bagging six goals in his final nine appearances last year. After having adopted to a centre-forward role well in the absence of Austin Ricci, that’s where he’ll be expected to play this season.

William Akio will have also been one of the big attacking priorities for the club to retain, with his first pro season seeing him score the club’s goal of the year en route to a call up for the South Sudan national team.

He’s a young pro with a lot to learn, but he’s a player that puts in the time, puts in the effort and trains extremely well and is extremely mature. The opportunity to go and represent his national team will also bring him a lot of confidence and experience. We’re excited to have him back.

The Winnipeg-based side has now announced seven players for the upcoming season, with co-captains Daryl Fordyce and Andrew Jean-Baptiste returning alongside the likes of Raphael Ohin, Stefan Cebara, and Diego Gutierrez.

It is unclear if the contracts for either forward include options for further years. The financial details of the contracts were not disclosed by Valour FC.

CPL Commissioner Steps Down To Helm New Expansion Side