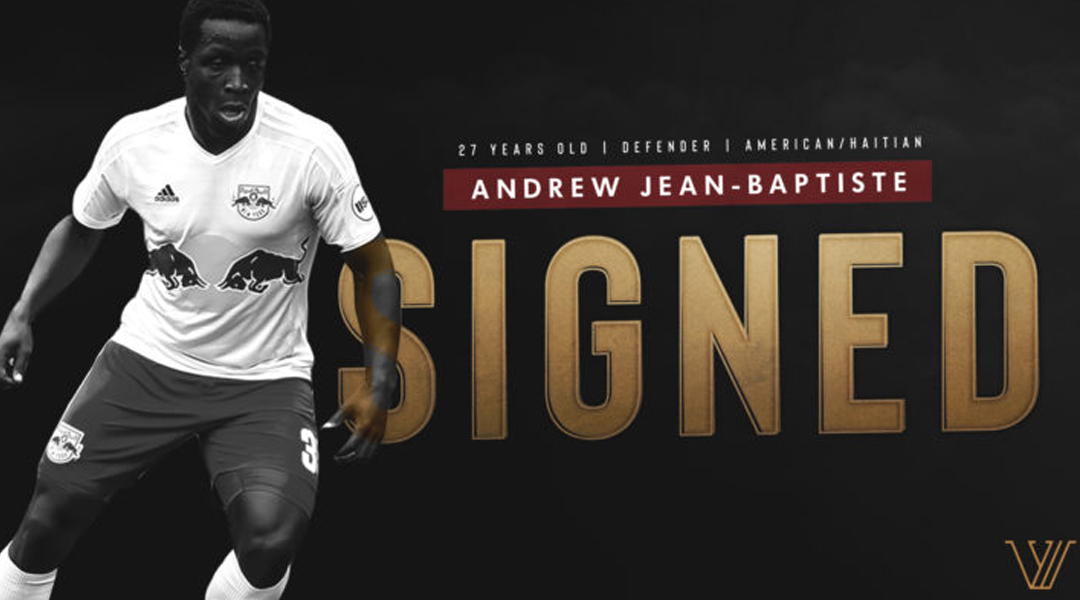 Valour FC has signed its third defender for the 2020 Canadian Premier League season by bringing in Haitian international Andrew Jean-Baptiste.

The 27-year-old centre-back arrives to Winnipeg by way of recently-promoted Swedish second division side Umea FC, where he was a regular starter. If that club sounds familiar, that’s because it’s where Wanderers defender Alex De Carolis came over from in 2019.

Prior to his team in Sweden, Jean-Baptiste found himself somewhat of a journeyman: after being drafted 8th overall by Portland Timbers in the 2012 MLS SuperDraft, he made 31 appearances for the club before being traded to Chivas USA and, shortly after that, the New York Red Bulls and then its USL affiliate.

In 2016, Jean-Baptiste went overseas to further his career , signing with Spanish side Estrella San Agustin before ultimately moving to Swedish third tier side Nykopings BIS. He then signed with Malaysian Super League side Terengganu FC before heading back to Sweden for Umea FC, where he helped the side earn promotion to the country’s second division.

While he was previously part of the US U-18 national team setup, Jean-Baptiste declared for Haiti in 2015 and has gone on to make ten appearances for Les Grenadiers, scoring two goals for his country.

The last time Jean-Basptiste squared up against Canadian opposition, he helped the Haitian national team triumph over Canada in the 2019 Gold Cup quarter-finals.

Andrew is a player that I’ve been aware of for many years and he especially came to prominence this past summer during the Gold Cup. He is a regular at the international level with Haiti and has proven he can compete against the power houses in CONCACAF. He will be a great addition to our squad.

Gale has stated that there are several more club signings that have been made, but remain unannounced at the moment. The club recently lost midfielder Louis Beland-Goyette to the Halifax Wanderers.

All-told, he looks like a solid addition to help shore up a backline which needed improving. The details of Andrew Jean Baptiste’s contract, including its length and his financial compensation, were not disclosed by Valour FC.