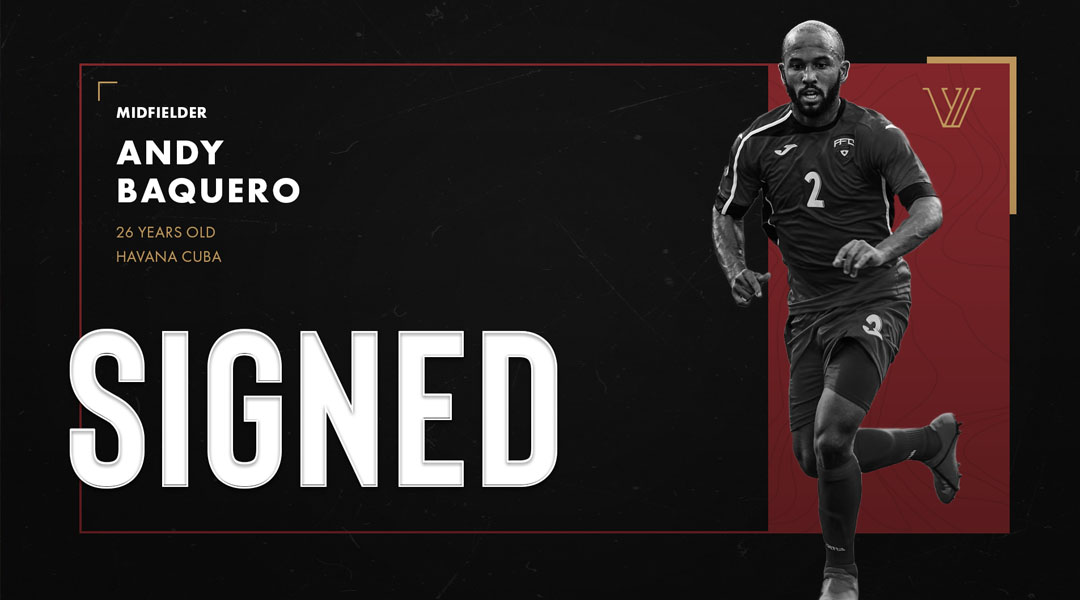 Having gained permanent residence following his defection to Canada in 2019, the 26-year-old will count as a domestic signing for the team.

The move has been largely expected ever since he began trialing with the side earlier this year. More recently, he was spotted with the team after it went into the bubbled start of the 2021 Canadian Premier League season, suggesting that all the paperwork was in order and only the official announcement still had to be made.

We’re delighted to have Andy sign with us. He’s a humble, hardworking character who fit in perfectly with the group. He shows great technical qualities and has great composure on the ball.

The 26-year-old’s return to professional football comes almost two years after he defected to Canada. At that pint, Baquero had earned 27 caps with the national team, contributing three goals for the side. Having experience two Gold Cup runs, a pair of World Cup Qualifiers, and plenty of Concacaf Nations League action, he’s a player who carries plenty of experience with him to the CPL level.

His last club football came with Delfines del Este FC, where he contributed three goals and two assists across nine appearances for the Dominican side. Before that, he also had two separate stints with hometown side La Habana, and has also played for Villa Clara and Pinar del Rio in his domestic top flight.

Baquero offers plenty of versatility for head coach Rob Gale, with the former Cuban international capable of playing both as a midfielder and as a full-back if need be.

The club made note that Cuban midfielder is eligible to play in the club’s season opener against reigning champions Forge FC. It’ll be a good opportunity to impress, especially with new signings Rafael Galhardo and Rodrigo Reyes still in quarantine, with Arnold Bouka-Moutou still stuck in France amid visa issues.

The length and financial details of the Baquero’s contract were not disclosed by the club.

The opening match against Forge FC will take place this Sunday and is available live on OneSoccer.