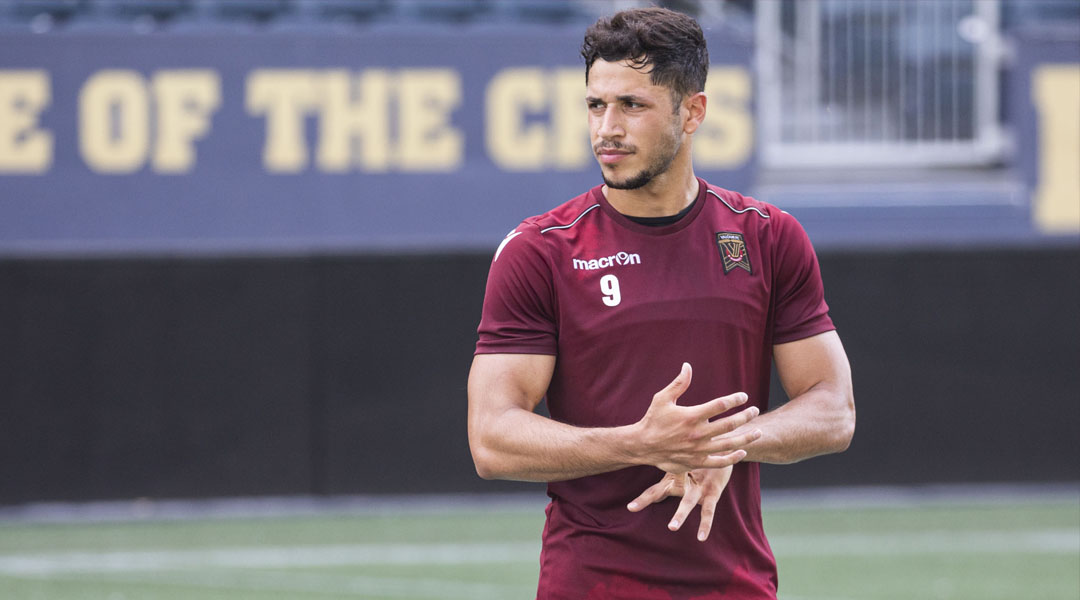 The Ontario-born striker is still awaiting his first goal in Canadian Premier League action, but after looking lively on the pitch he’s now set for another year in the domestic professional league.

Austin fit in well with the club and the culture in a very short space of time and is a great personality on and off the field. His willingness to work hard and not give defenders any rest shows he has the potential to be a top striker in the Canadian Premier League.

Described as a confidence player, Ricci first arrived to trial with the Winnipeg-based side in March before the COVID-19 pandemic delayed his official announcement until July.

The 24-year-old arrived after a season with York9 FC saw him limited to 234 minutes of action across eleven appearances, where his first CPL assist came against his current team.

The Richmond Hill-born striker proved to be a big physical presence on the pitch at The Island Games, where both his speed and strength allowed him to hassle defenders.

Everybody can see the power athlete in Austin. In every measurable we did – the lifting, the speed – he was right up there in the top three of everything. We know he’s a great athlete and at the college and the amateur level he scored a lot of goals.

While it’s no secret that he can unleash a powerful shot with his right boot, the former League1 Ontario athlete has yet to score his first goal at the professional level.

Still, Gale says he recognizes the potential Ricci’s shooting ability, which proved devastating in the amateur and semi-pro circuits: at the NCAA level he bagged 22 goals and 7 assists after 71 appearances, then went on to get 12 goals and 7 assists in the PDL level before arriving to League1 Ontario, where he scored 5 goals in just 8 appearances for the Vaughan Azzurri.

While the transition into the professional game hasn’t been seamless for the Canadian striker, Ricci is eager to collect minutes next season and find his goalscoring touch.

So much of this sport is confidence, it’s crazy. Sometimes when you go through a situation where you don’t get the minutes you want or you don’t perform the way you want or you don’t score you lose that. It’s important to have a short memory and keep that confidence as high as possible so that you’re not even thinking about it when the time comes, you’re just playing.

The Winnipeg-based side has already secured the return of several players who made their Valour FC debuts in Charlottetown this year, with athletes Andrew Jean-Baptiste, Stefan Cebara, Brett Levis, and Masta Kacher all set to return.

Inaugural squad roster members Raphael Ohin and Jose Galan are also poised to return, though the latter is on a verbal agreement for such while he plays in Spain for the offseason.

The club has also re-signed Panamanian defender Amir Soto, who was prevented from participating in this year’s bubble tournament due to paperwork delays.

Valour FC did not disclose the financial details regarding Ricci’s contract.