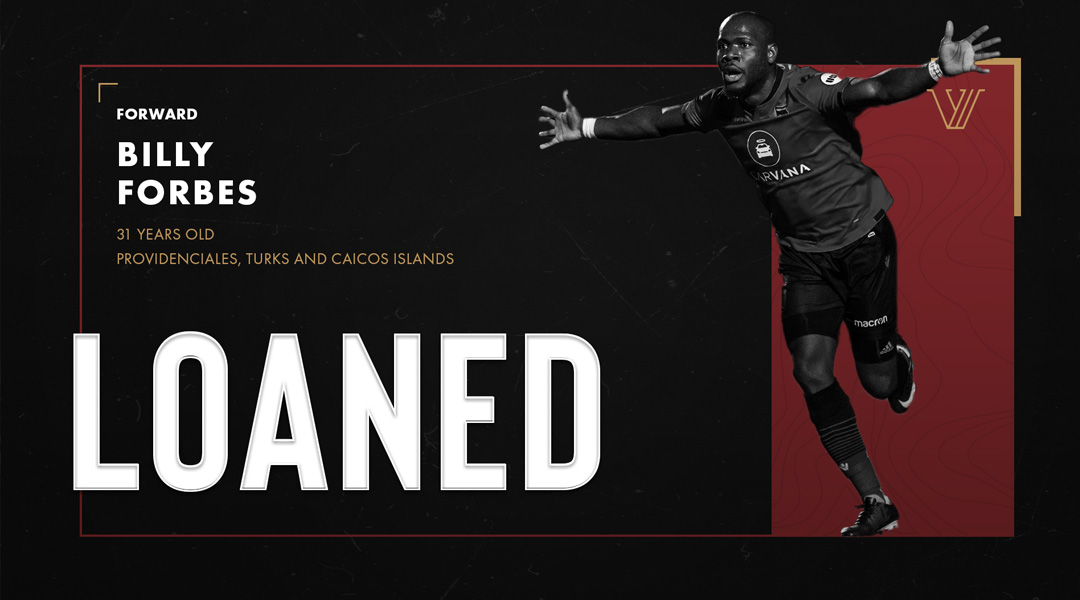 Canadian Premier League side Valour FC has taken in Detroit City FC forward Billy Forbes on loan for the remainder of the season.

The 31-year-old veteran forward has been a regular face in the USL Championship, where he has played for the likes of San Antonio FC, Phoenix Rising, Austin Bold, Miami FC and Detroit City FC.

He becomes the second DCFC athlete to step into the CPL after Shawn Claud Lawson, who now plies his trade in League1 Ontario with the Simcoe County Rovers.

This won’t be Forbes’ first stint in Canada, with forward having trained with the Vancouver Whitecaps back in 2009.

This season has seen Forbes make six appearances for his parent club, where he has largely featured on the bench for Detroit City FC. In all, he’s played some 131 USL Championship matches during his tenure in the league, tallying 30 goals and 18 assists.

Forbes is also a regular selections for the Turks and Caicos national team, for whom he has made 20 appearances. In that time, he’s contributed ten goals and seven assists for the British overseas territory, captaining them on no less than fifteen ocassions.

He becomes the fourth player to arrive to Valour on loan after Jonathan Sirois, Sean Rea, and Daniel Ascanio. The club has also added Canadian-Algerian defender Nassim Mekideche, who is expected to debut soon.

It was not stated if Detroit City FC holds a recall clause on Forbes’ loan, with his parent club simply stating the move pending league and federation approval.