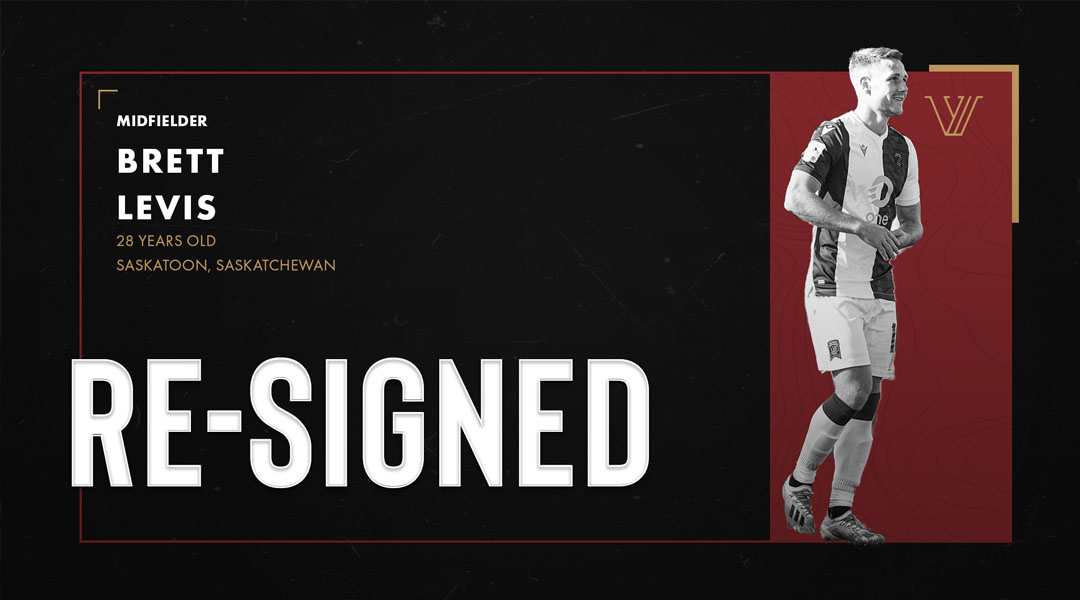 Canadian midfielder Brett Levis will be returning to Valour FC for a third season.

The 28-year-old had appeared in a preseason camp training video yesterday, prompting speculation about a potential return after he had been listed as a departing athlete.

Levis has made 22 appearances for Valour FC since arriving ahead of the 2022 CPL season, contributing two assists at The Island Games and one goal last season in league play.

The former Vancouver Whitecaps product has proven to be a versatile addition for Valour: the midfielder was converted into a left-back role during his time with the Whitecaps, and then featured for Valour in both of those positions on the left, as well as in the middle, and a bit on the right, too.

“We’re very excited to have Brett back,” stated Valour boss Phillips Dos Santos, “we know what he means for the locker room and the club. He adds experience, versatility and leadership for our young players. We’re excited to add quality to our roster and the addition of Brett does exactly that.”

Given that Levis had continually featured as a starter after Phillip Dos Santos arived midway through the 2021 CPL season, his return doesn’t come as a full surprise. The side has confirmed a significant number of returning athletes, with Dos Santos stressing that roster continuity was important.

It remains to be seen if Jonathan Sirois will return to the side on loan from CF Montreal, though the chances of this got a bump with the MLS side’s hiring of Logan Ketterer. For now, former Forge FC goalkeeper Quillan Roberts has been present in camp alongside youngster Even Barker.

The Winnipeg-based side will be taking its preseason preparations to Victoria next month, where they will test themselves alongside Pacific FC and York United. The team recently added CF Montreal Academy youngster Matthew Catavolo to its ranks, too.

Valour FC did not disclose the length or financial details of its new contract with Brett Levis.