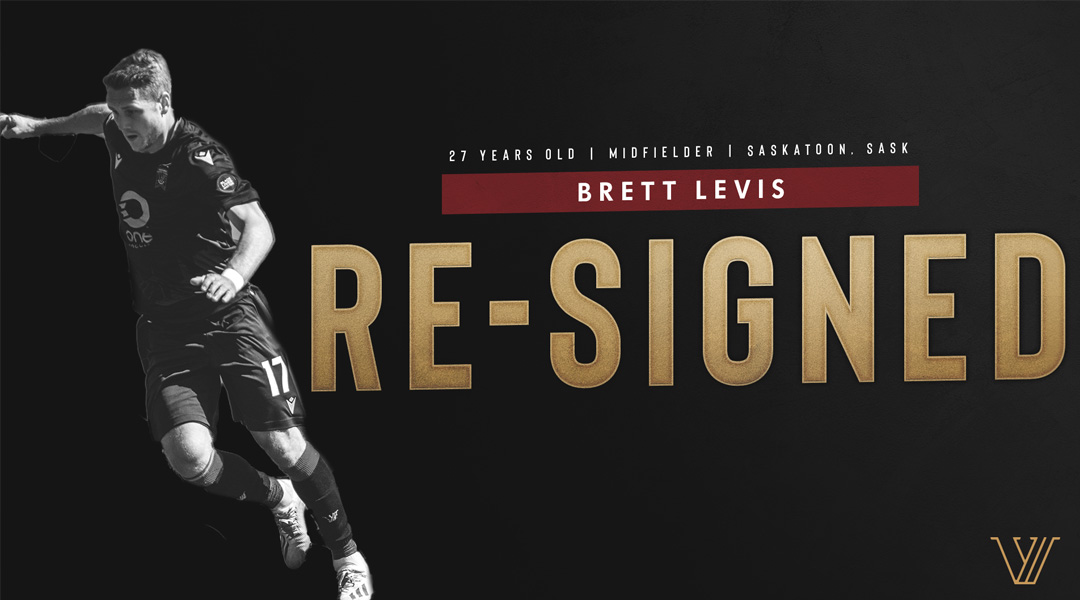 The former Vancouver Whitecaps man had initially signed on with the Winnipeg-based side back in January. By that point he had accumulated 29 appearances for the Whitecaps across all competitions, with nine of them coming in 2019.

His debut season in Valour FC colours saw the versatile athlete make five appearances from Valour FC’s seven games, with the 27-year-old collecting assists against both Atletico Ottawa and Forge FC along the way.

Rob Gale mostly deployed Levis as a leftback, but also played him up on the left and right wings for one match apiece. Come 2021, Gale expects the the Saskatoon-born player to hold an even bigger role in the club:

We are absolutely delighted to have Brett back with us this season. He showed what a versatile and talented football player he is, with an excellent left foot and lots of attacking quality. He’s got the right character, loved playing for our club last year and we know he’s going to be a huge player for us in 2021.

Levis becomes the third played to be re-signed to the side in the last few weeks, following the confirmed returns of Andrew Jean-Baptiste and Masta Kacher. Beyond that, Spanish midfielder Jose Galan has made it no secret that he intends to return to Winnipeg next March, too.

Levis indicated that he had a few other options on the table, but wanted to come back to Valour FC to enjoy a regular length season at IG Field.

Rob Gale’s squad remained in group stage contention until the final match of the regular season, with Valour FC showing some great improvements when compared to its inaugural season.

Gale expects many of his core roster to return, and hinted to OneSoccer that a big focus next year will be on securing players who can convert chances for the side:

We need a number ten and a number nine to get bums off seats, as they say. We’ll also look for an operator in the middle of the park, too. We’re going to continue to build the jigsaw puzzle.

The Saskatchewan-born athlete was one of ten then-MLS players we felt could land in the league this year, with Levis ultimately going on to put in solid performances for the Winnipeg-based side. With next season hopefully featuring a more regular length, it’ll be interesting to see if Levis lands a certain position or continues in his current utility man role.

Valour FC did not disclose the length or financial compensation of Brett’s contract.