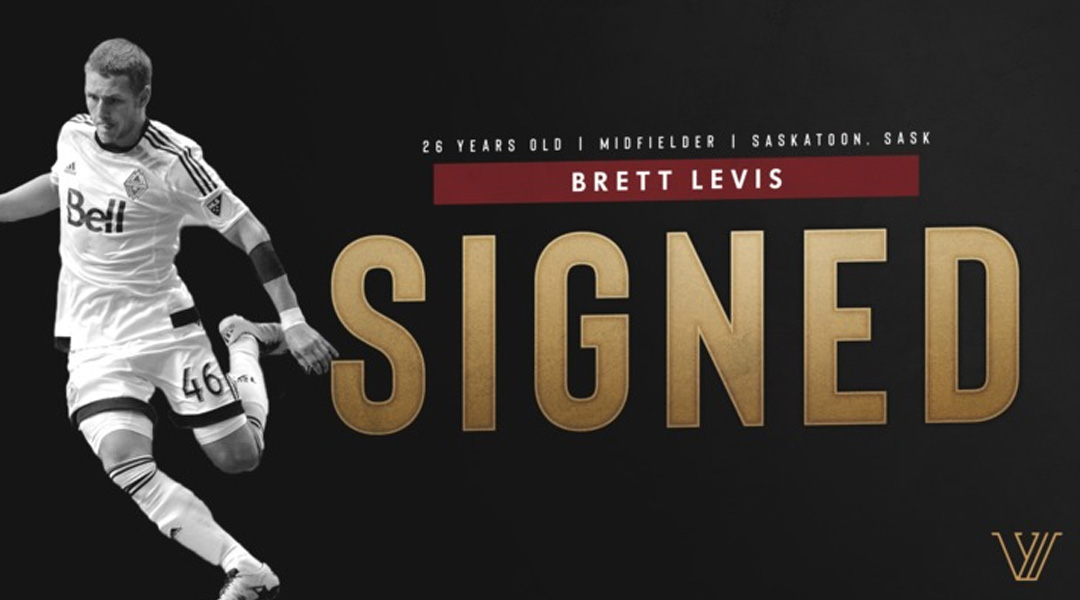 The Saskatoon-born midfielder has spent the last several years on the west coast, where he plied his trade for the Vancouver Whitecaps. Levis made 29 appearances for the MLS side across all competitions, with nine of them coming in 2019.

Brett is a great addition to our squad, and we were fortunate to sign him as many clubs were courting his signature. He is a vastly experienced player with great technical capacity and versatility in his game. As a native prairie lad, I expect him to be a firm fan favourite, we are delighted he has chosen to represent us.

Levis was one of the MLS players that we earmarked for a good fit in the Canadian Premier League, so it’ll be interesting to see how he fares for the Winnipeg-based side. Much like new Valour FC addition Daryl Fordyce, the club’s newest signing is a bit of a utility man – he can play comfortably in right wing but can also fill in as a left-back when needed.

Prior to his time with the senior team of the Whitecaps, Levis scored eight goals in 49 appearances for VWFC2. He originally arrived to the west coast by virtue of the Victoria Highlanders.


Rob Gale has has been making several brand new signings of late, most recently bringing in former Rangers man Fraser Aird and Haitian international Andrew Jean-Baptiste, both of whom also have MLS experience under their belt.

With Marco Bustos officially departing for Pacific FC, the introduction of a new Valour FC midfielder today is likely not a coincidence. Still, Gale says that fans should expect around half of the inaugural roster to return for the 2020 season.

Information regarding Brett’s salary was not disclosed by Valour FC.