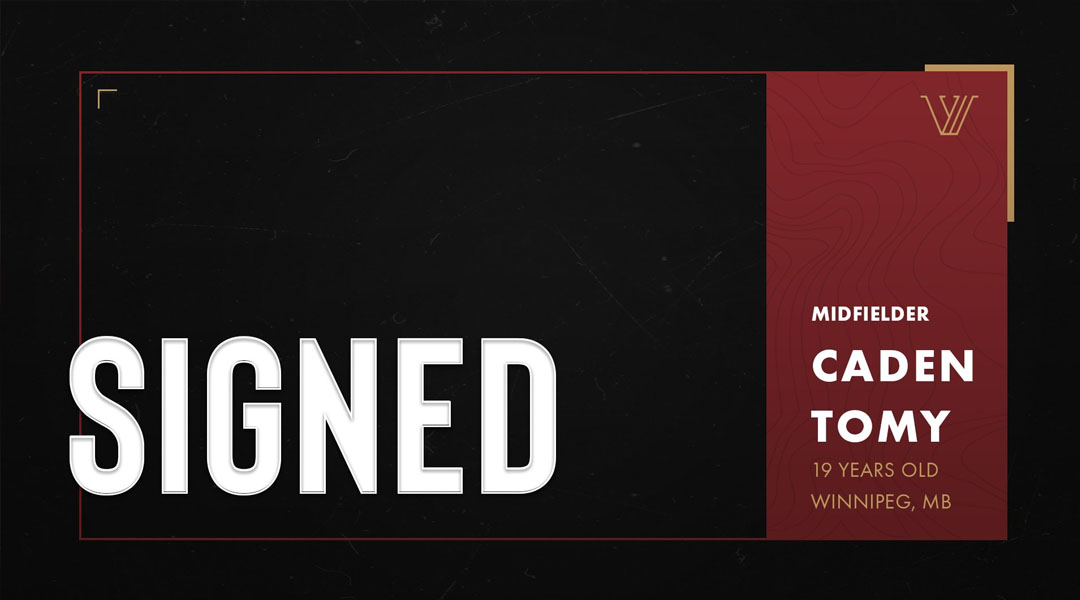 Canadian Premier League side Valour FC has added local midfielder Caden Tomy on what is presumed to be a Canadian Developmental contract.

The 19-year-old was announced in a brief social media post by the club yesterday evening.

Valour FC head coach Rob Gale had tried to register the young Winnipegger ahead of Tuesday’s match against FC Edmonton, though Tomy’s registration wasn’t completed in time for him to dress for the team. Gale had five outfield players available on the night, and he used all of them – including Spanish veteran Jose Galan, marking his first appearance of the season.

Caden isn’t the only WSA Winnipeg athlete to sign for the team, with Valour’s Raphael Ohin having signed from WSA Winnipeg’s former USL2 side in 2019. While that franchise was sold and rebranded as FC Manitoba, the academy levels of WSA Winnipeg are still active.

Tomy has made four appearances for WSA Winnipeg in Manitoba Major Soccer League action this year, most recently playing against Ital-Inter SC on September 1. This suggests he’s likely signed to a Canadian Developmental Contract like Atletico Ottawa’s Mamadou Ba, which allows him to retain his amateur status so that he can continue to progress with his youth club.

Tomy’s first matchday experience as a rostered player will likely come during its all-CPL Canadian Championship clash away to Forge next Wednesday. Valour defeated Atletico Ottawa 3-2 in August to reach the quarter-final stage.

The Winnipeg-based CPL side currently finds itself fourth place in league standings. The team enjoyed a hot start to the campaign with six wins and two losses in the bubbled segment, but has now succumbed to seven losses, one draw, and one win outside of the bubble.

The details of Caden Tomy’s contract were not disclosed by the club.