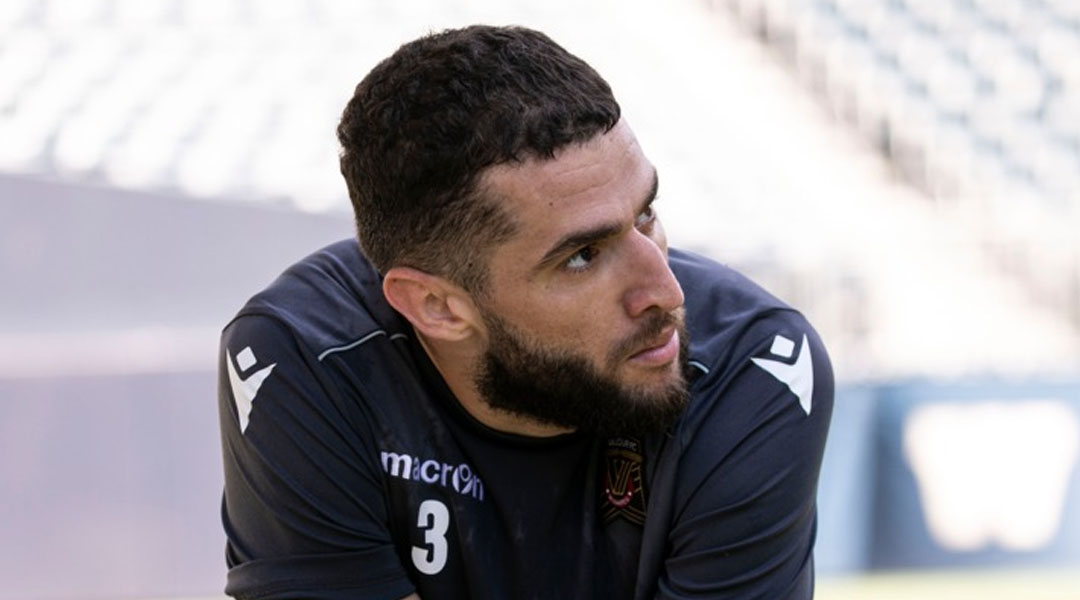 Thirteen days after we announced that Valour FC was expected to sign Chakib Hocine, the 28-year-old centre-back has officially joined the ranks at IG Field.

At the same time, the club has announced that Dylan Carreiro and Daryl Fordyce will co-captain the side for the 2020 Canadian Premier League season. Carreiro made history last year as the first Manitoban to take to the pitch for the Winnipeg-based side, while Fordyce has proclaimed he’s ready to adopt a utility man role under head coach Rob Gale.


Hocine had trialed with the club before the COVID-19 pandemic delayed his signing, with the defender recently flying back to Winnipeg on June 30, 2020. With all the paperwork complete, he’ll don the number three for Valour FC.

It’s a fresh start. I’m just so focused on this season. I feel good and I’m happy to feel good. Now I understand just how important it is to not just be healthy, but to feel healthy. I’m just happy even with the small things now. I’m happy to go to the stadium every day to train, to be ready to train. When you’re injured you can’t do any of that.

The six-foot-five defender had been named a co-captain of the Halifax Wanderers last year, but a nagging hamstring injury limited Hocine to just four matches across the club’s inaugural campaign. At the end of the season, the former Montreal Impact Academy product found himself as one of the sixteen players cut by Stephen Hart.

Hocine is now ready for a fresh start, with head coach Rob Gale confident that the veteran defender will fit in well with the Valour FC system. The club gaffer has rebuilt a large swath of the club’s roster, bringing in no less than seven defensive additions ahead of the as-yet-unannounced 2020 campaign.

There’s no hiding it wasn’t good enough last year. We just felt like we gave too many goals to opponents and that doesn’t help you when you want to be a front-foot attacking team. We’ve had a complete rebuild from goalkeeper, left back, centre backs and at the right back with the competition now with Federico, Stef, and young Raph Garcia back there as well.

Prior to his return to Canada last year, Hocine had spent the 2018 season in Finland with Ekenas, and had played in North America with the likes of Mississippi Brilla in the US and Canadian sides like Lanaudiere and Mont-Royal Outremont after a sole season with FC Montreal in 2015.


The Canadian Premier League was expected to make a return-to-play announcement last week, but has remained silent on the matter for quite some time now. Last month, Atletico Ottawa strategic partner Jeff Hunt suggested that the eventual host of the 2020 CPL Season could also host the first round of the Canadian Championship, too.

Valour FC did not disclose the length or financial details or Hocine’s contract.