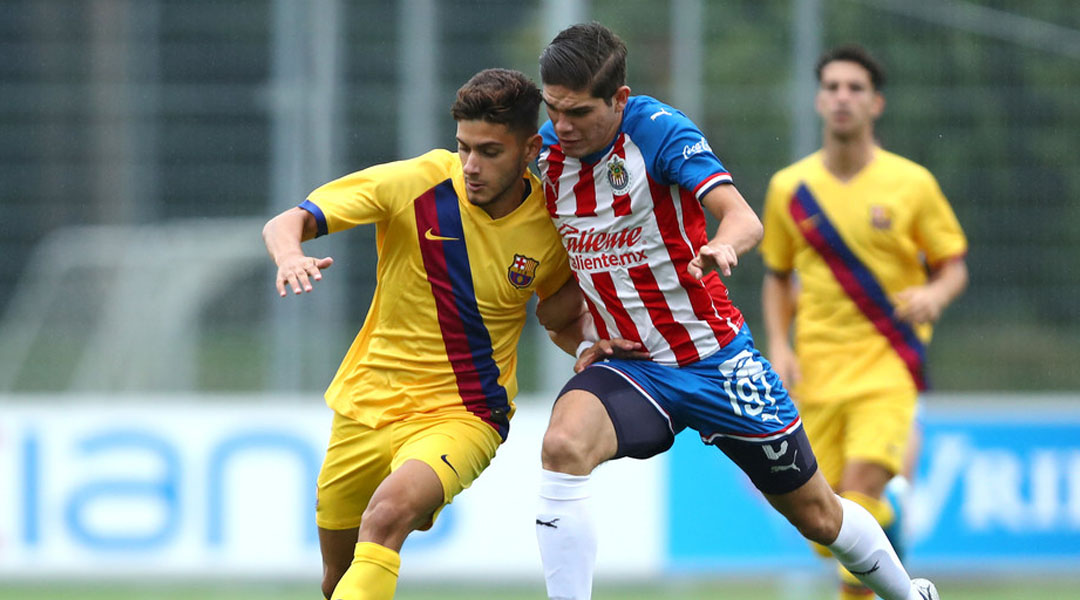 When Valour FC announced that it was taking in 20-year-old Mexican defender Rodridgo Reyes on loan from Chivas Guadalajara, the Canadian Premier League side quietly burried the lead: this was the start of something bigger.

As reported by Ed Tait, the Winnipeg-based side has now established a working partnership with the Liga MX side which opens the door for future player loans in addition to providing opportunities for staff exchanges, too.

Understandably, Valour FC head coach Rob Gale is quite excited about the partnership between the CPL team and Chivas Guadalajara:

Mexico is the standout nation in Concacaf. Our long-term view is to not only be competitive in the CPL, but in Concacaf. Forge FC did a good job on that this year, but we were looking on forming partnerships where we could exchange ideas and players with the best in Concacaf.

Gale suggests that the partnership will result in further loans like the one of Reyes, a player on track to have a fruitful career in Mexico who simply needs first team experience to develop. The youth team captain of Las Chivas is set to arrive in mid-season form, having made ten appearances for the Chivas U-20 side this year – though this will mark his first time playing in a first team environment.

It’s a good way for us to bring in high-level developing talent, which will help our team get stronger in the short term, but the long-term benefits of what we’re trying to achieve will help us.

Valour FC certainly hasn’t shied away from taking in players on loan, with the club having loaned a league-high seven athletes over the past two seasons. Last year saw Julian Dunn and James Pantemis put in iron man shifts for the side with Dante Campbell also featuring, while this year sees Reyes joined by Canadian-Peruvian winger Jared Ulloa and CF Montreal youngsters Sean Rea and Jonathan Sirois.

What’s more, Gale revealed that the club has opened up discussions with other clubs of international stature that could see similar arrangements set up in the future. Given his previous comments, they’re likely to stem from Concacaf-based nations.

We’ve opened up dialogue with a number of organizations who were very interested in our league and project and our ability to play players and get them first-team minutes. These clubs are football factories and the talent they pump out is immense.

While some of the club’s international arrivals didn’t pan out as a result of travel difficulties, the club is evidently confident that Reyes will be able to arrive in time ahead of the 2021 CPL season. The same can be said regarding Brazilian veteran Rafael Galhardo, with the former FIFA U-20 World Cup winner set to arrive as one of the most high-profile CPL additions of all time.

The club has used all seven of its international slots, five of whom are defenders. Gale says this is actually what made Reyes’ loan attractive to Chivas, though versatile Brazilian right-back Galhardo is likely to be placed more in a central midfield position.

[Reyes will] be playing with Amir, a Panamanian defender. He’ll be working with Andrew, a Haitian international. So they know he’s going to be playing with quality and will have the ability to play in different systems and structures and that is very much in line with the development model in Mexico.

While it’s unclear how often the club’s partnership with Chivas Guadalajara will result in loan moves – or when a staff exchange could take place – it’s certainly an important milestone for the Winnipeg-based club, and one that secures a pipeline to a lot of young international talent eager to step into first team opportunities.

Valour FC will begin its season with a match against Forge FC on June 27 in what we’ve called a match of the status quo.