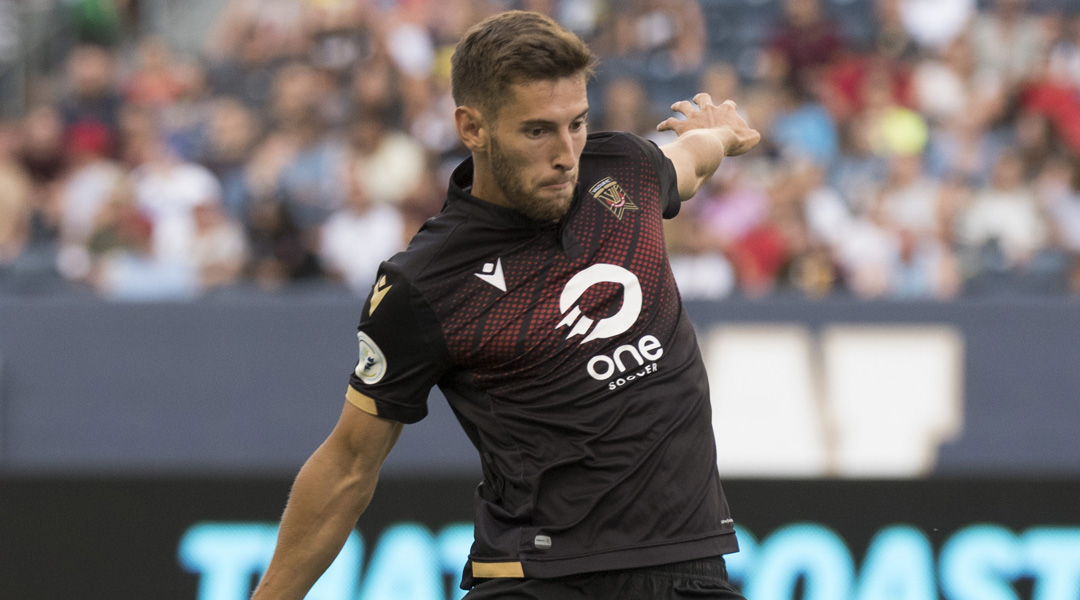 When it comes to the Canadian Premier League, there’s one thing that has been echoed by members of every club: the league has a lot of parity to it, with any one club being capable of beating another on any given day. It’s something that Eddies goalkeeper Connor James spoke about last month, and those words proved true as Valour FC put three goals beyond the FC Edmonton goalkeeper last night at IG Field.

FC Edmonton had a chance to bring itself top of the table when it traveled to Winnipeg, but Rob Gale’s home team rallied back from a goal down to score three goals during a second-half routing of the Eddies.

The result means that Valour FC has now earned six points in its last three matches, a feat which it only did once in the spring season before going on a winless streak that lasted just over two months. Suffice to say, one didn’t need to see Mathias Janssens fall to his knees as the final whistle blew to know how big this home victory felt to the players.

I’m delighted for the players, absolutely. I thought they were excellent. We’ve not got our rewards at times this season at home and played front football like that. We’ve created a lot more chances in some games at home this season and not been able to put them in the back of the net and today we did, so full credit to the boys.

Gale admitted that when the first half ended with the Eddies having secured the only goal of the match so far, few people would have predicted that a three-goal bonanza from Valour FC was on the cards. After switching to a 3-5-2 and coming out with an attacking mentality, however, a prolific comeback is exactly what Rob Gale’s team completed – and in fine fashion, too.

Valour’s rise up two spots from the bottom of the table was secured by a penalty goal from Petrasso (who has now scored four times from the spot), an absolute missile from Beland-Goyette, and an unexpected near-post finish Bustos. It’s the first time Valour FC has scored three goals in a match.

If we can put 90 minutes together and eliminate the one mistake, we’ve got all the ability to put performances together. […] If we can find that consistency, the same resilience that we had tonight, the same willingness to work for eachother even when they’re tired, and a few cramps, and dead on their legs having played…well, I was sitting in this chair 48 hours ago, right? So, hopefully we can continue that and continue those attacking instincts.

It’s no secret that Gale had been unhappy with having to field a team 48 hours after they had just played against Forge FC. He’d petitioned the league to move the match to the end of the season, but the league wasn’t having it: tired legs or not, Valour FC had to deal with the quickest turnaround time in the CPL so far.

With the club’s only two wins of the fall season coming in the last nine days, it’ll be interesting to see if Valour FC can rally behind its recent increase in form and put together a string of results. The club just leapfrogged over Pacific FC in the league table, so it seems fitting that Rob Gale will travel to Vancouver Isle to play against the west coast club this Saturday.

If the club can collect some points on the road, it’ll go a long way in exemplifying the league parity that the likes of Connor James, Rob Gale, and Jim Brennan have all talked about. It’ll also go a long way in proving that Valour have the quality that Gale has always believed they’ve had from the get-go.