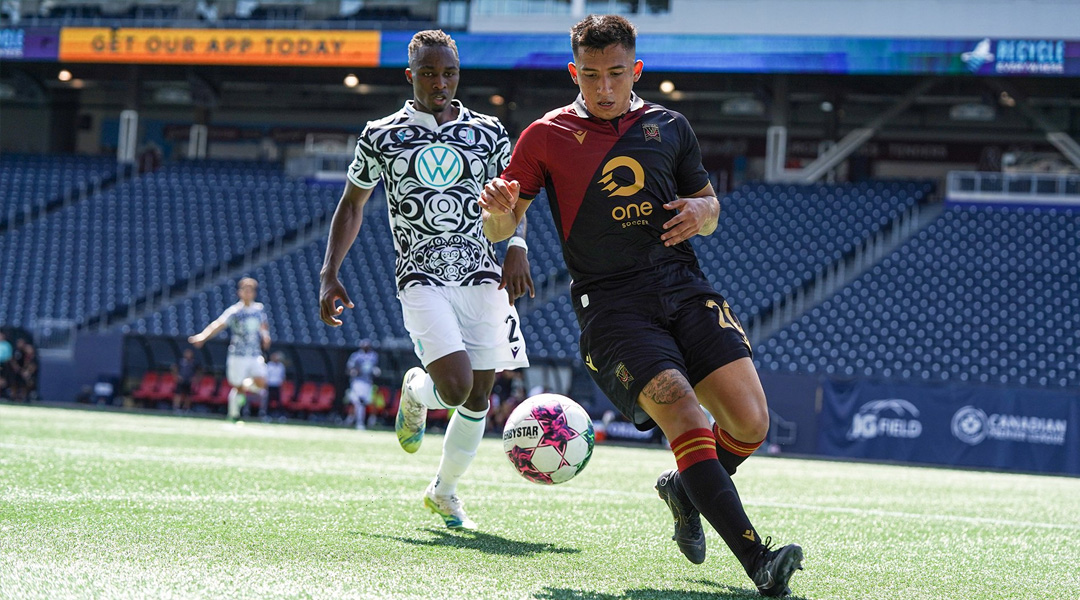 Valour FC has announced that its loan of Daniel Ascanio has ended early after the Colombian winger picked up a season-ending injury.

Ascanio’s loan had been announced by the club this January, though the youngster’s arrival was quite delayed. He finally made his debut in a July 10 match against Halifax, procuring an assist before going on to make three more appearances under Phillip Dos Santos.

It appears that several Valour fans have known about the long-term impact of his injury for a few weeks now, with one fan even stating last week that Ascanio was set to return home. Weeks after the injury was sustained, Valour FC has now confirmed all of the above.

Unfortunately, his last moment in a Valour kit will be remember for when he was ejected for simulation against reigning champions Pacific FC back on July 30.

Prior to his shortened Canadian chapter, the winger contributed six goals in thirty-one appearances for his Colombian second division side last year, with the five-foot-seven attacker progressing through the club’s youth ranks over the last several years.

He had first entered the radar of Dos Santos when Jared Ulloa was ruled out for a second loan spell with the team.

Even after losing out on the winger and selling striker William Akio this summer, Valour FC has been on a consistent run of form that has seen the club breach a playoff position with five games left to play.

The club still has three athletes on loan, with CF Montreal’s Jonathan Sirois and Sean Rea in the midst of their second stint with the club and Detroit City’s Billy Forbes looking to be a strong mid-season addition.