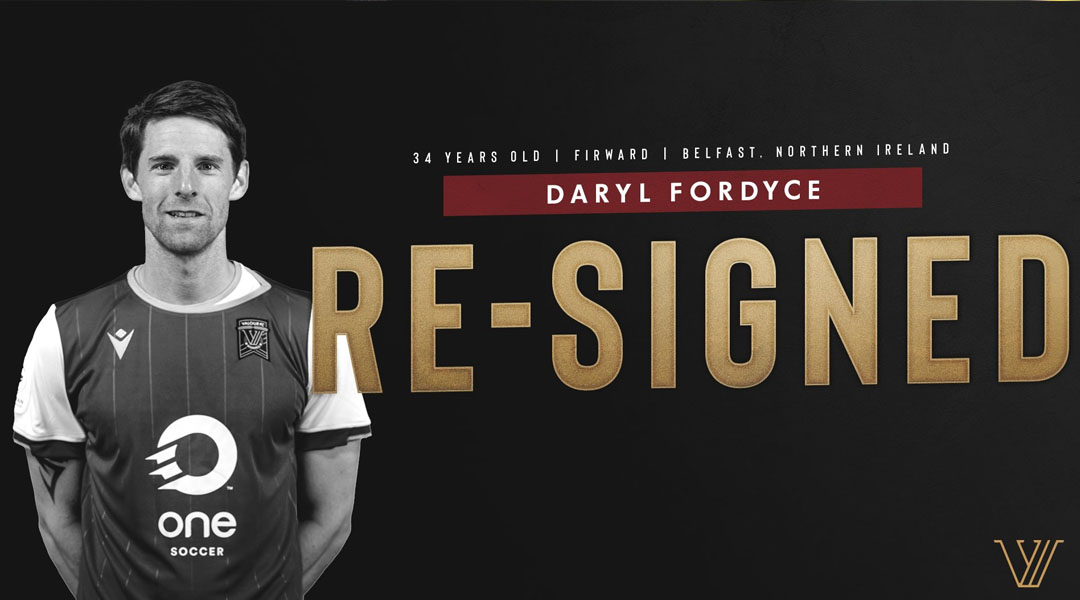 The Belfast-born athlete – who is a permanent resident and thus counts a domestic signing – played in five matches for Valour FC at The Island Games, with the veteran scoring his sole goal against his former side FC Edmonton via a penalty after signing for Valour in January 2020.

Fordyce had been looking to return to Canada when he signed in 2020, telling us that he was ready to adopt a utility man role on the pitch for his new Winnipeg-based side. Having taken to the pitch over a hundred times for FC Edmonton in its NASL era, he returned as no stranger to Canadian football – and still remains the club’s all-time top goalscorer with 34 scoreboard contributions.

With his family settled in Winnipeg, Fordyce revealed he had some interest from other sides but opted to remain in Winnipeg rather than uproot his family once again.

I had a little bit of other interest here and there, but I spoke with my wife and said ‘Valour brought us back to Canada. 2020 was a write-off and so I want to repay some of that back to the club and the people that brought me here.’

The 34-year-old veteran first arrived in Winnipeg after spending the 2019 season with the Sligo Rovers in Ireland, who had deployed him all over the pitch: he was a centre midfielder, defensive midfielder, winger, and striker with the Irish side.

Valour are currently referring to him as a forward, which falls in line with where he finished the Island Games campaign with the side: right up top.

Daryl’s leadership on and off the field was a key reason for our improvement last year. He has shown a great commitment to the club, and we’re excited to have him back for the 2021 season.

Fordyce’s return now brings the Valour FC roster up to fifteen players ahead of the 2021 Canadian Premier League season, with the majority of them being re-signed Island Games athletes – which in itself is indicative of the club’s improved performances compared to its inaugural season.

This month has seen the club bring in another former Eddies man, Keven Aleman, who will arrive following a loan in the Costa Rican top flight. Gale also announced the signing of Costa Rican international Nestor Monge last week.

It is expected that Jose Galan will fill the club’s last international roster spot, with Gale hinting that six-foot-seven goalkeeper Yuba-Rayane Yesli, who was selected as a 2021 CPL-U SPORTS Draft pick, could push for a spot on the roster, too.

Valour FC did not disclose the financial details or contract length of Daryl’s contract, which is expected to be a one year deal.