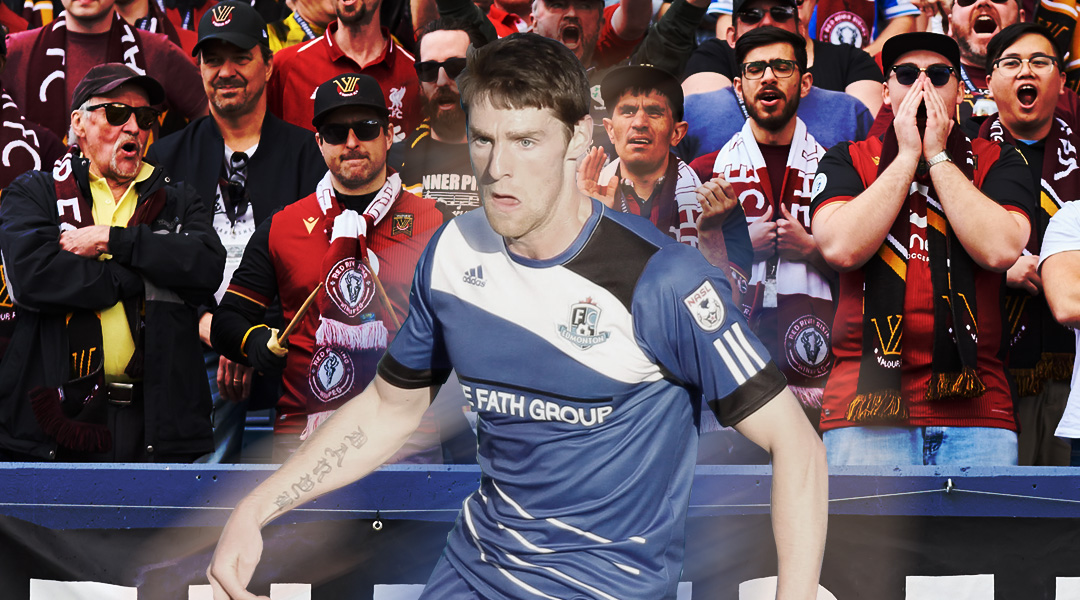 When Valour FC announced it had signed 33-year-old veteran Daryl Fordyce, many immediately thought of his goalscoring output – after all, he’s still the all-time top franchise goalscorer for FC Edmonton, for whom he contributed some thirty goals during its NASL days.

That doesn’t quite paint the picture for all that Fordyce can contribute, though. In signing the Belfast-born player, Valour FC may have secured itself one of the most versatile players in all of the Canadian Premier League. When asked where he expects to be deployed by Rob Gale, the answer was fairly straightforward: basically, anywhere in front of defense. Fordyce is what one calls a utility man, and that’s going to give Rob Gale options throughout the next season.


The 33-year-old veteran says he’ll put himself to task wherever Rob Gale needs him to be. An old-school player who believes that actions speak louder than words, he simply promises that he’ll give 110% day-in and day-out, and he’ll hold himself accountable for the performances that follow – wherever on the pitch they may be.

I’m a utility player. Growing up, I was a central midfielder. As I got to 19 or 20 years of age, I was a Number Ten and a few years later I was playing as a Number Nine. Then I ended up playing left midfield for a number of games, then went back to centre midfield. At Edmonton, I was striker, centre midfield, attacking midfield.

Fordyce is coming off of a 2019 campaign with Sligo Rovers that only helped him expand his positional wheelhouse: with The Bit o’ Red favoring a 4-4-2 diamond, Fordyce found himself utilized in all six of of the front positions: he was a centre midfielder, a defensive midfielder, he played out wide on the flank, and he played up top. With the club switching to a 4-2-3-1 and a tried-and-true 4-4-2 later on in the season, he found himself paired with another centre midfielder and made that work, too.

Over the last season, that’s probably the most versatile I’ve had to be at Sligo. I’ve played holding mid, attacking mid, tip of the diamond, number nine, so again it’s totally down to Rob and Damian. Whatever plan they come up with, whatever formation and system they want to play, I’ll do it to the best of my ability.

While it remains to be seen what 2020 holds for Fordyce and what he can ultimately contribute to the team, it’s clear that the versatile veteran ticks a lot of boxes for Rob Gale: he knows the professional game, he’s already proven himself a capable winner of silverware, and he genuinely wants to be in Winnipeg.

When his time with FC Edmonton came to an end in late 2017, it wasn’t because he wanted to depart Canada, but rather because the folding of the NASL had the left him with no real options to continue playing in the country. With a family to support, he left Canada to find a club and keep supporting his family.

Years later, he now returns with his wife, a one-year-old son, and two dogs, and he’s looking to settle in Canada for the duration. While it remains to be seen what unfolds during his time with Valour FC, he’s happy to have his plan to permanently settle in Canada back on track. He’d like his son – who was born in Edmonton – to grow up in the country that Fordyce can now call home once again.


Rob Gale has only re-signed two players from his inaugural roster so far, with Daryl Fordyce being the only other domestic signing this offseason. The club has also brought in Solomon Kojo Antwi, a young Ghanaian winger, along with Haitian international Andrew Jean-Baptiste. Gale has stated that more signings with national team experience have been brought into the fold, but simply haven’t been announced yet.

The club may have some big gaps to fill in, with Louis Beland-Goyette already having left for the Halifax Wanderers and rumours circulating that other players like Michael Petrasso and Marco Bustos may find themselves outbound, too. It’ll be interesting to see who ultimately suits up alongside Fordyce come 2020, with Gale stating he expects at least half of the club’s inaugural roster to return.