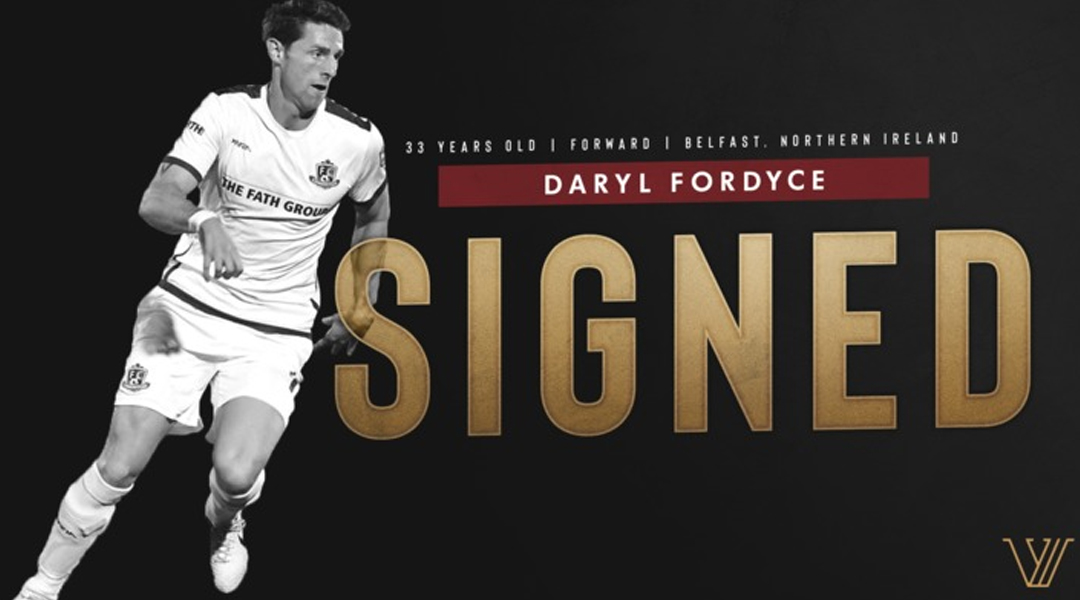 If that name sounds familiar to some, that’s because the now-33-year-old Fordyce made 117 appearances for FC Edmonton during the club’s NASL days, scoring some thirty-three goals and ten assists during his time with the Eddies. He’s still the club’s all-time top goalscorer, which ought to make things interesting when he plays against them later this year.


Fordyce, who is Northern Irish, acquired Canadian permanent residency during his time with FC Edmonton and will thus count as a domestic player.

Daryl brings a wealth of experience of playing in North America. He will add leadership and a proven attacking quality. Despite offers from Europe, Daryl showed a great desire to return to Canada and we are delighted he has agreed to join Valour.

Fordyce spent last season with League of Ireland Premier Division side Sligo Rovers, where he played alongside Canadians Kris Twardek and Sam Warde. With his playing time limited at Sligo Rovers, a return back to Canada may help Fordyce find the minutes on the pitch he’s looking for.

I’m very grateful for the opportunity that Rob and Damian are providing me. Throughout my career I’ve never lost any enthusiasm to help my teammates wherever I’ve been. I’m so happy and thankful to be returning to Canada with my family.

The former Northern Ireland U-21 player was first linked to Valour FC shortly before Christmas, when Winnipeg-based sports analyst Mahith Gamage disclosed that several significant roster moves were due to happen at the Canadian Premier League side.

Fordyce becomes only the fourth player confirmed by the club for the 2020 season, with Rob Gale having re-signed youngsters Yohan Le Bourhis and Raphael Garcia, while also bringing in a young Ghanaian winger Solomon Kojo Antwi.


While the club has lost Louis Beland-Goyette to the Halifax Wanderers and rumours persist about the potential departures of Michael Petrasso and Marco Bustos, Rob Gale has remained confident that around half of the club’s inaugural roster will return next season, and has recently revealed four players with national team experience have already signed for the club.

The length and financial details of Daryl’s contract with Valour FC were not disclosed by the club. It is expected to be a one year contract.