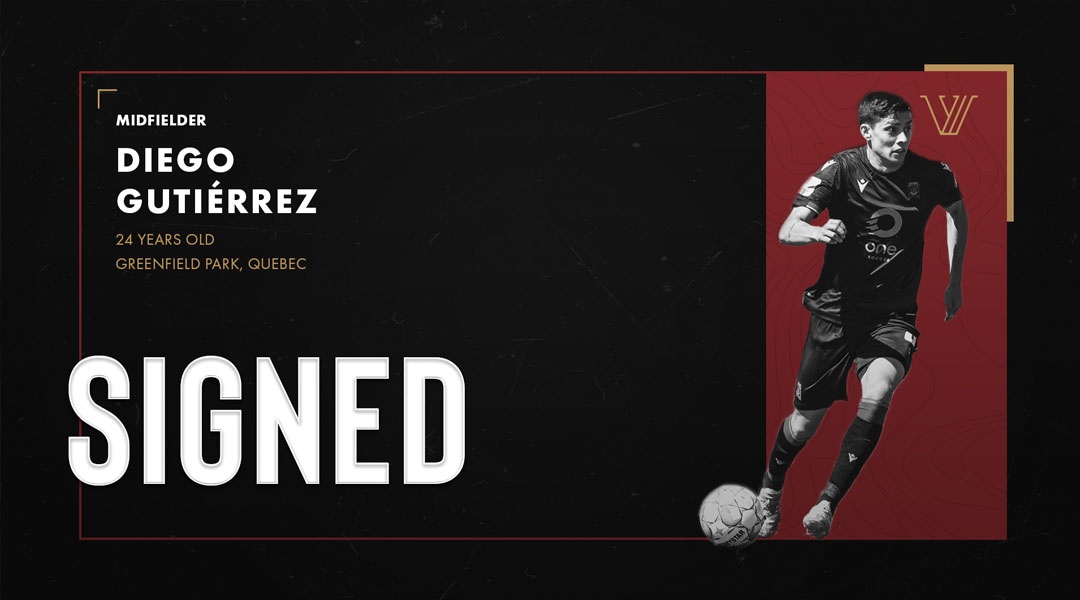 Just one day after Thomas Nef reported that Canadian-Chilean midfielder Diego Gutierrez Zuniga was poised to return to the CPL side, the news is now official.

The 24-year-old midfielder returns following a season in the Chilean second division, where he scored one goal in twelve appearances for AC Barnechea. The 2022 CPL season will mark his third season with Valour FC, with Gutierrez having made 31 appearances from 2019-2020.

Valour boss Phillip Dos Santos revealed that he was one of the first signings he had in mind following his own arrival to Winnipeg, stating that both parties were eager to instigate Diego’s return.

He has a good ability to move the ball and find spaces. He’s a simple player in that respect, but also extremely reliable. When we’re talking about midfielders that are going to participate in the first and second phase of build-up, we want people that are reliable and have a high-passing percentage and he has that.

Dos Santos believes that Gutierrez is much more ready to play now than when he first joined the club in 2019, noting that he’s someone who fits the positional profile that he wants to see from his midfield.

Gutierrez, he says, has the energy and ability to get closer to goal during attacking players, while also being comfortable switching back to a defending mindset, too.

“We see in him the DNA of what we want this team to look like. For us, this was a no brainer,” he comments.

The head coach goes back a ways with the latest signing, noting that he has known Diego before the player first signed with Valour FC in 2019. Dos Santos had also trained his twin brother during his tenure as an assistant coach with the Vancouver Whitecaps.

As soon as I came in, I knew he was a guy that I wanted to bring back to the club. When he was here previously, he was younger, and he’s since been back in Chile and has matured as a player.

Gutierrez was born in Greenfield Park, Quebec, though his family moved to Santiago, Chile when he was just a toddler. He developed with the Colo-Colo Academy prior to making his first professional steps with CD Palestino in 2015.

While he was called up to the Chile U-20 team the following year, he never made any appearances for La Rojita, and instead featured in two matches for the Canada U-20 squad a year later under former Valour head coach Rob Gale.

The club has already re-signed Stefan Cebara and Andrew Jean-Baptiste, with Dos Santos aiming to ensure a good amount of roster stability ahead of his first full season in charge.

Valour FC did not disclose the length or financial details of Diego’s contract.