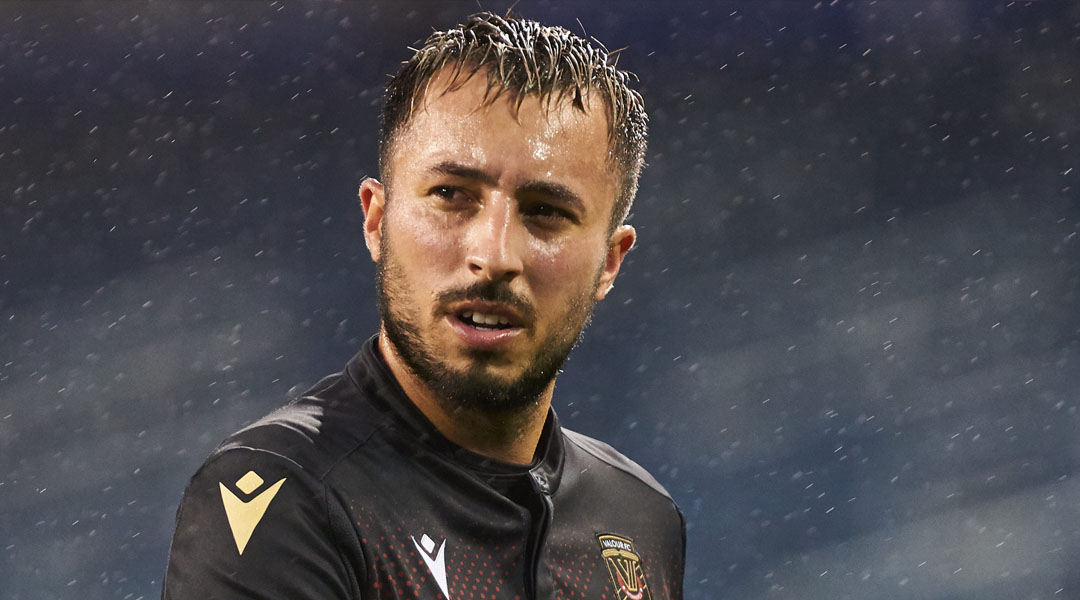 Canadian Premier League side Valour FC has announced that Dylan Carreiro has left the club.

The 24-year-old Winnipegger appeared in all seven Valour FC matches at The Island Games, scoring one goal across 333 minutes of action wherein he captained the side three times. When Valour FC conducted its exit interviews, it appears that Carreiro wanted to pursue other options for the 2021 season:

At season’s end, we met with Dylan and we both agreed that it is best for his personal interests for us to not renew his contract and to grant him the ability to explore his options. We thank him for his contributions on the pitch and to the Winnipeg community.

Northern Tribune has heard suggestion that York9 FC has been in talks with the player, who is familiar with the York Region football scene: during his time with a Carmine Isacco-led York Lions team, Carreiro also spent time in League1 Ontario with both the Woodbridge Strikers and the Vaughan Azzurri.

Following successful seasons at the U SPORTS and semi-pro level, Carreiro was Valour FC’s first-ever pick in the CPL U-SPORTS Draft. He went on to appear 24 times for Valour FC in the inaugural Canadian Premier League season, scoring twice and providing three assists.

He departs tied with Diego Gutierrez as the club’s all-time appearance leader with 31 appearances for the Winnipeg-based team. Given how unusual it is for a Canadian Premier League team to provide an update on a weekend, there’s some suggestion that his new destination may have an announcement next week. At the present, Carreiro appears to be situated in Toronto.

His departure appears to be quite an amicable one:

We’re not losing a player for football reasons or for Winnipeg reasons. Dylan would never have a bad thing to say about this team or this city. We all loved the kid, the staff loved the kid. We’re thankful for everything he’s done for Valour, from being the first-ever draft pick to scoring the first game-winning goal to sharing what it means to play for the team and for the history of Valour Road. He’ll always be a big part of that of that. We wish him nothing but success in his personal life and everything else going forward. Sometimes how you let a player go is just as important as how you bring a player into a club.

Of course, his next career step is still unconfirmed: with Carreiro now engaged and opting to stay in Toronto, there are coaching opportunities outside of the CPL to consider, too. If he can balance this with a professional playing career, the Nine Stripes seem a more likely destination than Forge FC.

Still, with many CPL contracts expiring this month, clubs from coast-to-coast will be looking at which players fit both their on-field needs and each side’s respective salary cap.

Carreiro isn’t the first co-captain to depart from the side, with both Jordan Murrell and Skylar Thomas having left after the club’s inaugural campaign. Veteran Daryl Fordyce was the other co-captain this season, though his contract status is currently unknown.

For the upcoming season, Valour FC has announced the return of Andrew Jean-Baptiste, Masta Kacher, and Brett Levis so far. Head coach Rob Gale has suggested that he expects most of the core roster to return for the 2021 Canadian Premier League season.