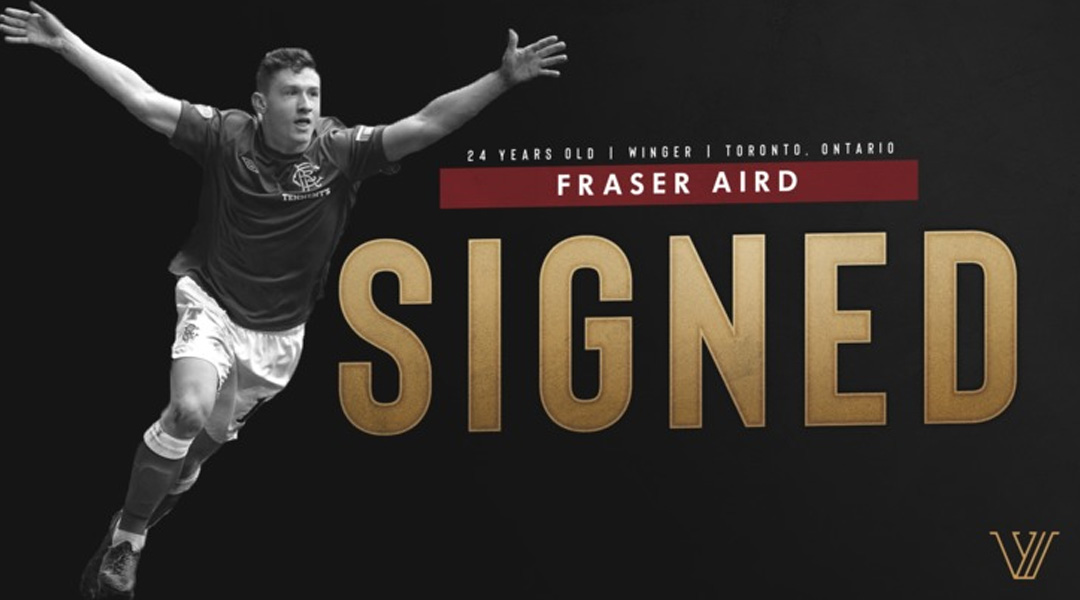 Given that Michael Petrasso is expected to be announced by York9 FC later today and that Marco Bustos is being linked with Pacific FC, the timely signing shows that Valour FC has brought in a big-name signing capable of replacing any outbound winger.

The Toronto-born winger has been plying his trade in Scotland ever since signing for Rangers as a 16-year-old. He went on to make 62 appearances for the Scottish side, scoring nine goals and being part of the squad that went unbeaten in league action across the 2013-14 season.


Following his spell with Rangers, Aird has seen himself jumping between clubs quite frequently, playing for five different teams in the last three years. He most recently played for Cove Rangers, but was released from the club after being caught on camera making an inappropriate gesture while attending a derby between Celtic and Rangers.

The unexpected availability of the Canadian winger was good news for Valour FC, who now complete one of the most high-profile domestic signings of the offseason so far.

We are delighted to sign a player of his undoubted pedigree and experience and have him in Winnipeg. He is a terrific character and will be a great addition to our club. Fraser is a player I’ve had a long association with from bringing him back into the Canadian national team at the U-20 level.

Aird isn’t the only domestic former Rangers product now plying his trade in the Canadian Premier League, as York9 FC’s Lucas Gasparotto had played there previously, too. Both of them eventually landed at Falkirk, whom they both played for three years ago.

Having made his debut for Canada in 2015, Aird went on to make eight appearances for Les Rouges in the next two years. The Scottish-Canadian’s only international goal came in a friendly against his ancestral homeland back in 2017.


Aird becomes the eighth player to join the 2020 Valour FC roster, which is equal parts re-signed players and brand new arrivals. Rob Gale has estimated that up to half of the inaugural season’s roster will return, so there’ll be plenty more fresh blood to come following a significant roster refresh.

The club is expected to bring in James Pantemis on loan from the Montreal Impact, with rumours also circulating that Valour FC has also signed recently-released Vancouver Whitecaps man Brett Levis.

With Louis Beland-Goyette gone to Halifax Wanderers, Michael Petrasso expected to sign for York9 FC, and Marco Bustos being linked with both Pacific and Forge, the club appears to have needed to make a big signing on the wing. Signing Fraser Aird is, it would seem, exactly the kind of move that was needed.

The club did not disclosed the length of Aird’s contract or his financial compensation.