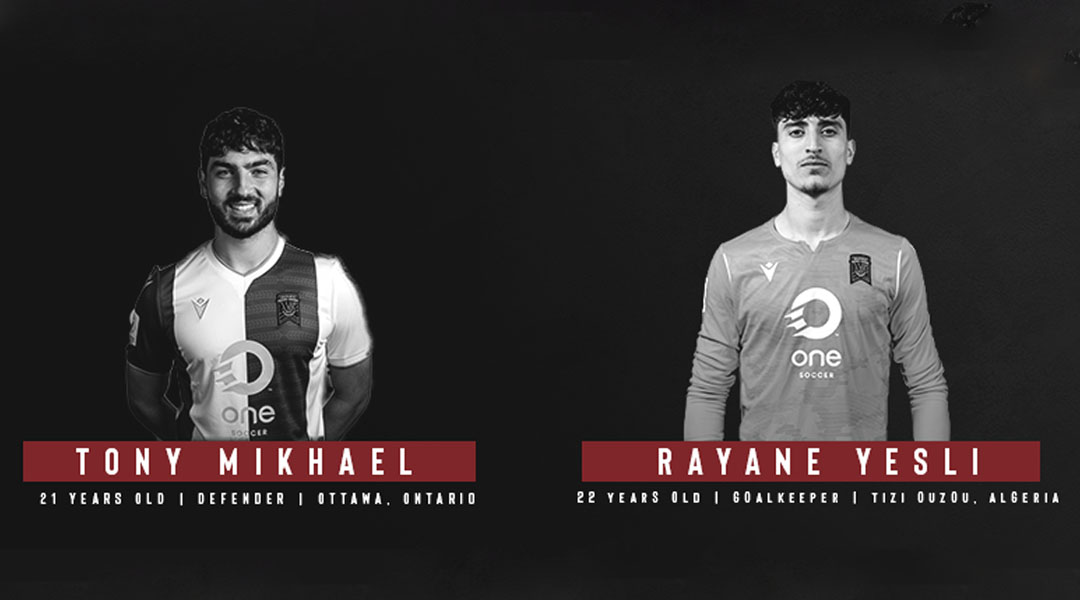 Tony’s return was largely expected after the club had mentioned him as a current defender a few weeks ago. The 21-year-old former Carleton Ravens defender arrived through the 2021 CPL-U SPORTS Draft last season, going on to make thirteen appearances in a rookie campaign that also saw him earn a call-up to the Lebanon U-23 national team.

New Valour boss Phillip Dos Santos didn’t get to see much of Tony Mikhael due to his national team duty, but he likes what he saw from his time with the Lebanon U-23 side. Describing him as a young defender who plays with a good maturity, it’s clear Dos Santos is keen to see what the youngster can do with a full season under his watch.

While six-foot-seven goalkeeper Rayane Yesli was selected by Valour in the same draft, the CF Montreal Academy product trained with the team but left without contract. He now arrives on a one-year deal with an option for a further year.

The youngster signed on as a league pool emergency goalkeeper for the bubbled start to the 2021 CPL season, with the return to home markets seeing Yesli go back to Montreal. He then trained with CF Montreal before landing with PLSQ side AS Blainville. Yesli settled in well to the side, and even featured against CPL opposition in a Canadian Championship clash against the Halifax Wanderers.

Prior to last season, the six-foot-seven goalkeeper developed with the CF Montreal Academy, and had a stint with Italian Serie C side US Vibonese as well. The imposing youngster played for the Montreal Carabins in U SPORTS action whilst initially getting his PLSQ start with CS Fabrose.

Yesli becomes the tallest athlete to ever step foot in the Canadian Premier League, edging out six-foot-six striker Easton Ongaro in that regard.

Dos Santos describes him as a contender for the number one position, stating that the rookie recruit needs to get games under his belt this season. It remains to be seen who Yesli will be contesting with, with Matt Silva’s future with the club remaining uncertain.

As we’d reported would happen yesterday, the Winnipeg-based side has also added Colombian winger Daniel Ascanio on a season-long loan, too.

The Winnipeg-based side now has fifteen players on the books ahead of the 2022 CPL season with today’s three additions.