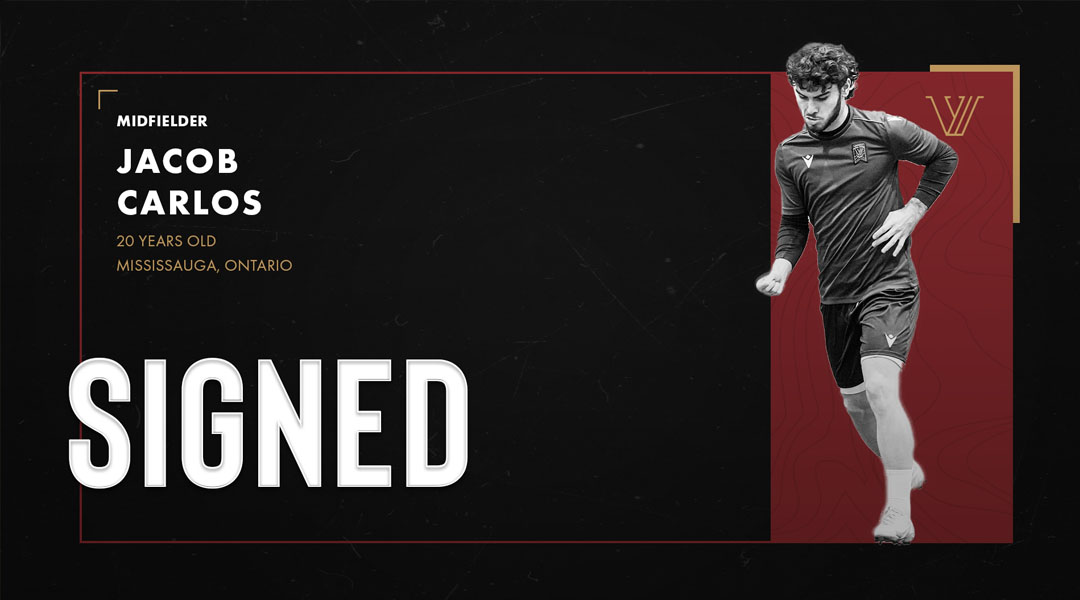 Canadian Premier League side Valour FC has signed midfielder Jacob Carlos to a U-SPORTS contract ahead of the upcoming season.

The 20-year-old has been trialing with the side after coming in as a second round draft pick this season, with the Ryerson University Rams midfielder evidently impressing after the side went through a strong preseason.

“We’re happy to have signed Jacob,” stated Valour boss Phillips Dos Santos. “He came into training camp extremely determined and earned his spot on the squad. We liked his versatility, his approach to the game and his tactical awareness.”

Carlos had made eleven appearances for the Rams before earning his current professional opportunity, with the midfielder bagging two goals and two assists for his university side last season. He’ll be expected to return to the Rams when the academic season begins.

He’s been described as a more-attacking minded pickup who can play both centrally up the pitch and from the wide positions, too. His signing comes one day after the club confirmed that Raphael Ohin suffered an ACL tear and would miss the upcoming season.

The Missisauga-born midfielder also spent time with the Toronto FC Academy in the 2018-2019 season, prior to switch he played abroad with Portuguese club Academico de Viseu F.C in 2017-18 and Swedish club IK Frej in 2016-17.

It remains unclear whether the club’s other draft pick, Raine Lyn, will net a U SPORTS deal. The Winnipeg-based side has also added 2021 CPL-U SPORTS Draft pick Rayane Yesli on a pro deal this offseason, while swooping up Matteo de Brienne before he could be taken in the draft.

Valour FC will kick off its fourth CPL season away to FC Edmonton on April 9.