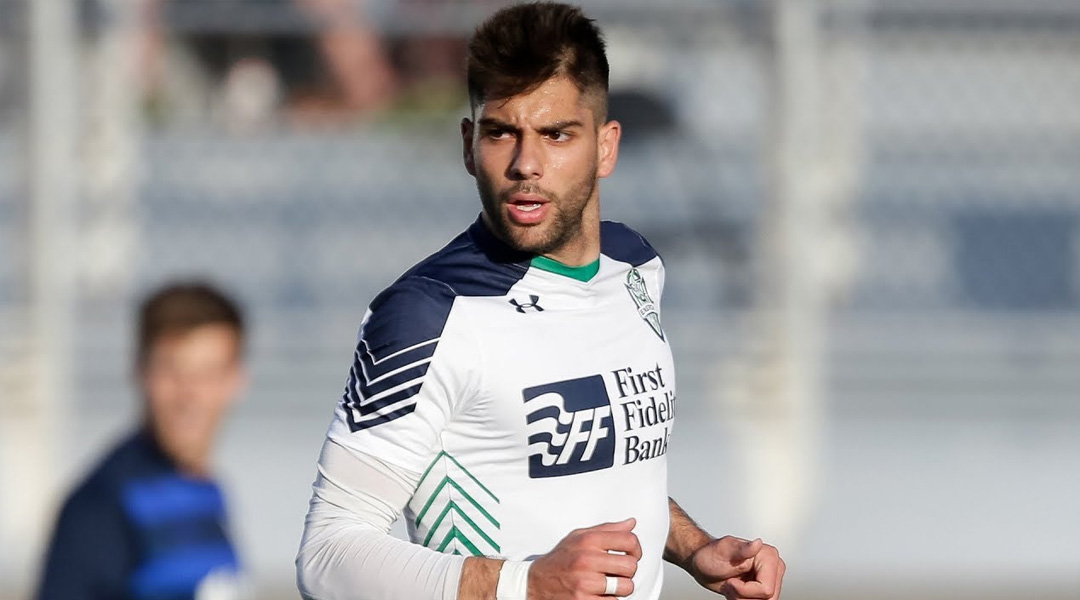 Valour has brought in its sixth of seven allowed internationals ahead of the 2023 CPL season.

The Winnipeg-based side has announced the signing of six-foot-two Jordanian international Jaime Siaj, a centre-forward who last played for Irish top flight side Finn Harps FC.

The 27-year-old brings a sturdy, physical presence to a Valour attacking line that will enter the season without last year’s goalscoring duo of Moses Dyer and William Akio.

Siaj, who spent some of his youth career with Real Madrid and also has Spanish heritage, first turned professional after being selected by the Colorado Rapids in the MLS SuperDraft, eventually signing on with their USL affiliate, the Charlotte Independence.

His time in North America also saw him suit up for OK City Energy and the Tampa Bay Rowdies before he spent time in the Spain, Italy, Lebanon, Kuwait, and most recently Ireland, where he procured two goals in thirteen appearances for Finn Harps last season.

Siaj also broke through with the Jordan national team in 2018, featuring five times in all with one goal to his international tally.

In a club statement, Valour boss Phillip Dos Santos stated that Siaj comes from a very aggressive league and fits the mold of what he was looking for in a player, describing him as a great asset for the club who can push high up the line with his strong six-foot-two frame.

“I’m not taking away from anyone who was here previously, but he brings us a dimension we haven’t had in the last few seasons,” he concluded to Tait. “He’s tall and could be a very good reference for us up top.”

Dos Santos has looked outside the Canadian border to compliment his club’s attack, with Valour banking on internationals Kian Williams, Pacifique Niyongabire, and Walter Ponce in addition to the club’s new Jordanian talent.

Valour FC did not disclose the length or financial details of Jaime Siaj’s contract.

Who’s In, Who’s Out At Forge FC