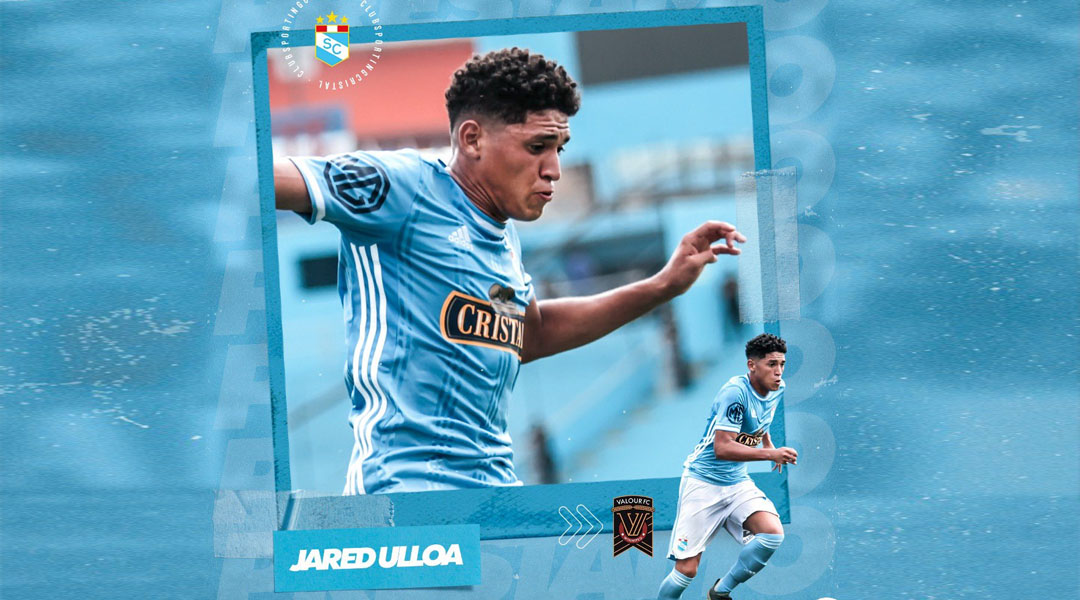 The 18-year-old will join the Winnipeg-based side for the 2021 Canadian Premier League season, with his loan set to expire in December.

His parent club hopes to see him gain experience internationally with Valour FC before returning to the nation’s capital and becoming part of of the Sporting Cristal main squad. Ulloa first signed a full contract with Club Sporting Cristal three years ago, and appears to have progressed well on both the left and right flank as a big part of the club’s youth team.

We are delighted to welcome Jared to our football club. Jared was a first-team player with a powerhouse club, 20-times Peruvian champions, and shows he has a lot of potential. We hope to continue to develop his game here in Canada in front of a passionate fanbase.

While Ulloa plays for the club in the Peruvian capital of Lima, last summer saw him arrested by police in Mancora after an incident where he claims they insulted his mother. With the incident caught on video, his parent club released a letter of support for the youngster.

As a proven goalscorer on the wings, he provides a versatile option for Valour FC that will also count as a domestic U-21 product. The Island Games campaign saw the club heavily feature another on-loan youngster, Julian Dunn, who the club states is a possibility to return.

While Jared was born in Piura, Peru, his father is Canadian. With the Canadian Premier League increasing the required amount of domestic U-21-minutes to 1,500, the loan signing was made with that league-mandated goal in mind.

Club Sporting Cristal is pleased to announce the loan of our player Jared Ulloa to the Valour Football Club of Winnipeg of the Canadian Premier League until December 2021. Jared is a 2002 category player and is a two-time Reserve Tournament Champion. We are very happy for Jared in this new stage.

Sporting Cristal noted that there was still uncertainty with whether the Reserves Tournament will still take place this year in Peru, which made loaning the Canadian youngster out a logical solution to ensure that his development doesn’t stall.

The club – which finished first in the Peruvian top flight last season – has won the Primera Division some twenty times, and was once the runner-up in the Copa Libertadores. Their 2021 season will begin late next month.

With Gale describing him as a Michael Petrasso-esque player, he’s expected to be a successor to now-Eddies man Fraser Aird. As an up-and-coming 18-year-old, Ulloa comes in with the bonus of what Gale describes as ‘dynamic pace’, too.

Today, the club also announced that 21-year-old Federico Pena has been called up to the Trinidad and Tobago national team.

Jared Ulloa will remain on loan with Valour FC until December 2021, at which point he will return to Club Sporting Cristal.